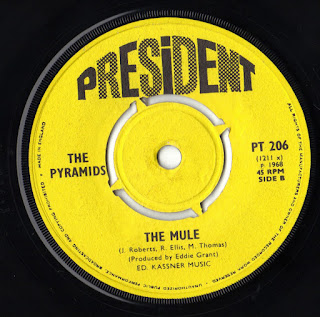 1. THE PYRAMIDS-"The Mule"
The Pyramids were primarily known for their rocksteady records and cutting discs under a variety of names (see here for more). This flip side to the tepid "Mexican Moonlight" is this Equals styled rocker (produced coincidentally by Eddie Grant) kicking off with some groovy "hep hep heps" sax and a storming Equals-like riff with a 101mph pace that never falters.

2. GIUDA-"You Can Do Everything"
I'm a little late to the party digging these boot boy glam/ aggro merchants who sound straight off of one of the "Junkshop Glam" CD comps but hey I live under a rock so.....  There ain't much that moves me musically anymore from across the pond as it seems to be the same old tired ass garage bands recycling the same riffs and certain Medway combos hiding behind their "moon/June" song lyrics or ripping off Barry Gray so this band is a breath of fresh air for now in between buying $75 reggae 45's with their Jook meets The Sweet groove.

3. FRIEND & LOVER-"Reach Out In The Darkness"
Forget the whole hippie ethos here the production and powerful vocals negate any Utopian "love your brother" naive bullshit message here. Listen to that bass (that's almost "bass n' drums", stick that in your pipe Stoned Roses) and jangly guitar on the main chorus, damn. Back in the 80's I always thought the B-52's would have done a great version of this as I could easily imagine Fred singing this with Cindy and Kate.  I should have told him that when he was trying to pull me at an Empire State Soul Club dance back then. 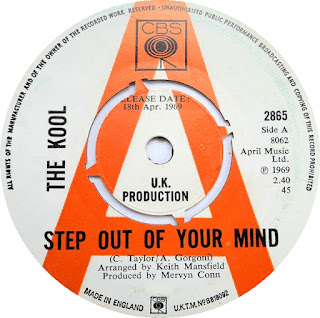 4. THE KOOL-"Step Out Of Your Mind"
Produced by the great Keith Mansfield (see #10) this 1969 U.K. cover of The American Breed number is an "all hands on deck/everything including the kitchen sink" top notch UK 60's production that's nothing short of god damn amazing! Dig that brass!!

5. FREDDIE SCOTT-"Same Old Beat"
Mrs. Anorak and I are big fans of the Showtime series "Shameless" so a few weeks back when this number came on during an episode I was blown away though I somehow expected it was one of those zillions of "new soul that sounds like old soul" I was pleasantly relived to find it was a 1965 side by Freddie Scott!! 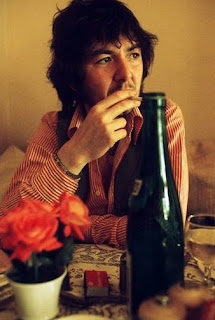 6. RONNIE LANE-"Anymore For Anyone"
God bless Ronnie Lane.  He was one of the coolest guys in the Small Faces, wrote the bulk of all the great Faces numbers and jacked it in when he got tired of Rod "Stomach Pump" Stewart's bullshit and fucked off to do his own thing that was better than anything that the post Ronnie Faces or Humble Pie ever cooked up. This is one of my faves, perfect for the end of the day after dinner watching the sun set with a beer in hand surveying your manor. Life ain't always grand but it's a fuck of a lot better with a little Ronnie Lane in it.

7. THE RUDIES-"Train To Vietnam"
Hey let's take "Train To Skaville" and "Skinhead Moonstomp" and rewrite it about Vietnam.  Sounds corny but I am nonetheless intrigued by the music...

8. THE TAGES-"My Home Town"
Thanks to my old man and his old country music I grew up with an appreciation for songs with a story to them. Case in point this Tages # that was only released on a flexi about a delusional guy headed home convinced that there will be a celebration waiting for him at the train station with a brass band, the mayor giving him the key to town and his parents waiting for him.  Of course he arrives and..."Saturday I reached the station didn't see the delegation, must have taken wrong train home to town, my home town". 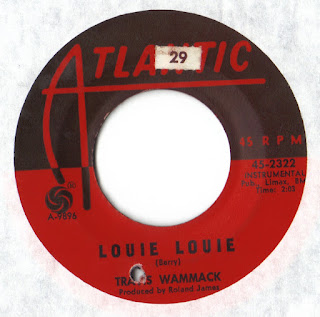 9. TRAVIS WAMMACK-"Louie Louie"
I picked this 45 up a few months back having been familiar with his "Scratchy" 45 from way back and was pleasantly surprised by this raunchy Link Wray meets frat rock take on the old Kingsmen standard. If I had a DJ night this would be one of my standards...

10. TONY NEWMAN-"Soul Thing"
This funky 1970 instrumental is impossible to lay hands on thanks to all the funk/break beats jack asses who were devouring this shit left and right a decade ago but you can't help dig it with full on Hammond and horns treatment thanks to Keith Mansfield (and I'm sure, Alan Hawkshaw on organ)  and the rest of the K.P.M. crew (also cut as a vocal version by James Royal as "The House Of Jack").

Thank you for your words about Ronnie Lane - a true musical gem.