My introduction to Syd Barrett came in either 1982 or 1983. I was tuned into my local college radio station one night, Princeton University's WPRB (103.3 FM!) and the DJ played this very Anglicized psychedelic pop song.  I wasn't sure what it was but I liked it as it reminded me of the whimsy of some of the tracks on the Small Faces "Ogden's Nut Gone Flake" . I was rather surprised that it was Pink Floyd , the song was called "Bike".  Further research in the school library indicated it was from a period where they were briefly led by a character named Syd Barrett who went off the deep and and vanished from the music industry. Having always been intrigued by tragic rock stars I began a quest to find out more.  A few month later I purchased David Bowie's "Pin Up's" and lo and behold there was a cover of a track that Bowie referred to as being originally done by  "Syd's Pink Floyd" on the liner notes called "See Emily Play". Eventually I came across a Pink Floyd compilation album called "Relics" that featured not only "Bike" but "See Emily Play" as well!  I duly purchased it. The quest had begun. 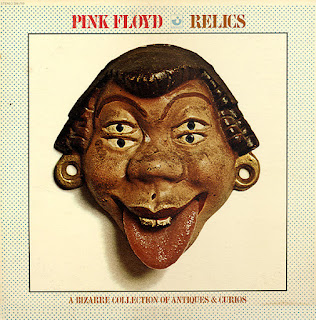 "Relics" was chock full of a few Syd era curios, in addition to the two previously mentioned tracks there was "Arnold Layne", their debut 45, the eerie "Remember A Day", "Paintbox" and the 9:38 opus "Interstellar Overdrive". At the height of my youthful "mod" phase The Pink Floyd were the first band that I could not justify as being remotely "mod". This was an absurdly brief dilemma of my "mod conscience" but I was at a point where all the '79 mod/ska bands were gone and I began a musical journey into the past which continues to this very day. I soon purchased a large book called "The British Invasion" by Nicholas Schaffner which included an entire chapter on Pink Floyd (or as they were known in the Syd era "The" Pink Floyd) and a wealth of information flowed freely on their early days. To further illustrate the changing times for me oddly I purchased "Piper At The Gates Of Dawn" the very same day I purchased tickets to see The Style Council in NYC In the very same store. Ironically I arrived home to find a package of Squire 45's I mail ordered from Anthony Meynell including their psychedelic "No Time Tomorrow" and the slighty-delic "Walking Down The King's Road". I was blown away by "Piper..". There was something pastoral about it with hints of sinister things to come as well. There was a line in  "Matilda Mother" that struck me as prophetic as I imagined Syd Barrett in his self inflected isolation in the house he'd grown up in as an adult "for all the time spent in that room, the doll's house, darkness, old perfume and fairy stories held me high on clouds of sunlight floating by". I imagined Pink Floyd performing it live and Syd coming onstage to sing that verse while the band looked at him with smiles all around like Nigel Tufnell rejoining Spinal Tap onstage after his estrangement with them. Such are the dreams of teenage boys. In a time before I became "enlightened" to the true purpose of psychedelia first hand "Piper At The Gates Of Dawn"  was my gate way to British psychedelia in a way the Beatles and The Stones never managed a decade earlier. Once again WPRB assisted in my enlightenment when I heard Syd's "Late Night" on their Friday night 60's show. It was spooky with it's mournful slide guitar much like the technique Syd used on "Remember a Day" but his voice sounded so lost and vacant, devoid of the cheeky chappy British accented whimsy of "Bike". I had to hear more.  I took the adventurous leap and bought an American double packaging of Syd's two solo LP's (which came in a gatefold sleeve with loads of Syd pics and even a sticker!) and The Jam's new double LP collection "Snap". Syd's solo albums took longer to digest, and I digress there are bits of those I still find unlistenable 32 years later but I was suitably enchanted by the nonsensical lyrics that took me decades to learn were mash ups/cut ups of childhood books, poetry and rhymes.  I also began devouring anything I could find on The Pink Floyd in print purchasing "Pink Floyd" by (Barry) Miles in London in 1984. 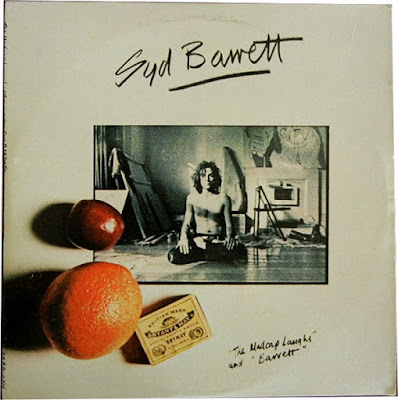 There luckily was still more to track down. I scored a bootleg by "Sid Baret" called "Unforgotten Hero" that had loads of lo-fi horrible quality BBC tracks and the legendary unreleased tracks "Scream Thy Last Scream" and "Vegetable Man". After meeting a local mod band called Mod Fun who like me were learning you could mix "mod" with The Pink Floyd (they were in fact at this point performing a version of "Lucifer Sam" in their live set at this time) I realized I was not alone in my journey (having also enticed my friend Rudie away from psychobilly to psychedelia).  Through them I met a legendary character named Ron Rimsite who would become my 60's UK psych/freakbeat guru.  A mix tape Ron made for me (titled "Carnaby Classics") featured "Arnold Layne's" wiggy flip side "Candy And A Currant Bun". I had no idea where to find it until Ron suggested I seek out a Dutch Pink Floyd LP compilation called "Masters Of Rock" that featured the bands non LP 60's singles (and as I later learned AFTER selling it, some super rare Mono mixes). Eventually I bought "A Saucerful Of Secrets", though it was no "Piper.." it had it's moments and thanks to the excellent book  "Random Precision: Recording The Music Of Syd Barrett 1965-1974" we now know Syd was on three tracks on the album ("Set The Controls For Heart Of The Sun", "Remember A Day" and "Jugband Blues).  In 1988 Harvest issued "Opel" a collection of Syd outtakes and alternate versions and there were new Syd tracks to enjoy at last. Then the trail went cold after that for a decade, though the 1993 Syd box set "Crazy Diamond"  offered a few more alternate versions there is still no official release of the band's studio versions of "Vegetable Man" or "Scream Thy Last Scream" and much hyped Syd era tracks like "(She Was) A Millionaire" have failed to materialize one would hope there are more Floyd Syd era tracks hidden away someplace.  It is my hope that they will one day appear and surprise us all the way "Bob Dylan Blues" was located by David Gilmour (who has done more than his share keeping Syd's memory alive). He put together the incredible "An Introduction To Syd Barrett" CD in 2010 complete with not only an alternate version of "Matilda Mother" (with  not only it's original Hillaire Belloc poetry lyrics which due to copyright restrictions was not released on their LP, but an extra few minutes of Doorsy instrumental noodling at the end).

Things still continue to crop up. Rob Chapman's excellent "Syd Barrett: A Very Irregular Head" book put many of the Syd "ghost stories" to rest and when British Pathe graciously uploaded all their archives to YouTube we were treated to a wonderful pristine promo film of "Scarecrow" (sans music unfortunately). One would hope there is more to hear and see in my life time.

Thank you for the above appreciation. I never knew that the Dutch comp' of early Pink Floyd material contained rare mono mixes. I will give it a spin this weekend. There was a lovely exhibition of Syd Barrett artwork, letters, photos, scribblings etc in London a few years ago. Send my your address via Facebook if you would like me to post you an art magazine feature on it. My fave bit in the exhibition was a letter from Syd written in '65 where he raves about The Tridents being the best band in the world. Seem to remember that he was particularly taken with the ability of their lead guitarist (i.e. Jeff Beck).

Righteous! I just read Rob Chapman's book (audiobook, actually) which was fantastic! I plan to do a blog entry myself about the experimental writers Spike Hawkins and Bob Cobbing shortly. Hawkins created the Scream Thy Last Scream promotional film.