Twins Paul & Barry Ryan were massive in Britain. Daughters of old showbiz elite Marion Ryan and stepsons of promoter extraordinaire Harold Davidson they were everywhere in Britain (so much so that Small Faces organist Ian McLagan complained that every tour they were on would almost always include the Ryan's). The Hollie's  composed "Have You Ever Loved Somebody" was the Ryans fifth single in Britain (Decca F 12494, September '66). It was launched in direct competition with The Searchers version (issued as Pye 7N 17170). The Hollie's recording would not appear until 1967 on their "Evolution" album (although they did back the Everly Brothers on a reading of it on their 1966 LP "Two Yanks In England").  Curiously neither The Ryans version OR The Searchers were smash hits with the twins placing at #49 behind the Searchers at #48! Here in the States it was the fourth release of an eventual six singles for MGM, none were hits and none reached the Top 100. 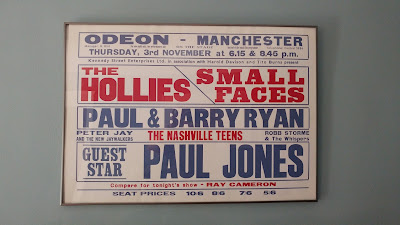 Speaking of The Searchers...interestingly enough The Ryans version was produced by none other than ex-Searchers drummer Chris Curtis (he also produced their previous 45, "I Love How You Love Me").  The Ryans version has always been my favorite, starting with some gritty, fuzz guitar and sliding seamlessly into strings (care of Ivor Raymonde who also produced the flip). There's a bit where the music goes quiet and one of the brothers sings a line acapella before it all kicks in again.  A tad schmaltzy for many, but I dig it. 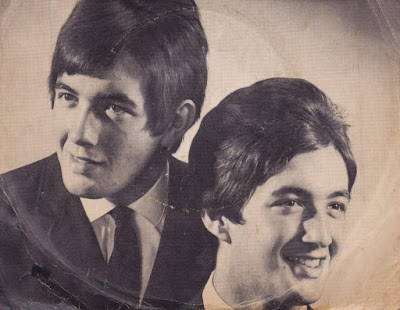 "I'll Tell You Later" starts out with some sweeping/sawing strings playing an ominous Middle Eastern style melody with some gypsy guitars. At first it sounds like it's going to be really schlocky but The Hollies style vocal harmonies really make it catchy and the musical backing totally reminds me of The Hollies '67 orchestrated pop psych stuff!

Both sides are available on the now out of print German CD compilation of Repertoire "The Best Of Paul & Barry Ryan".

Hear "Have You Ever Loved Somebody":