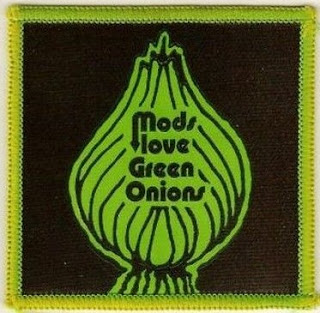 1. GEORGIE FAME AND THE BLUE FLAMES- UK 45 B-side Columbia DB 7255 1964
Georgie Fame and The Blue Flames second 45 (and their predecessor to their smash hit "Yeh Yeh") was a version of "Do Re Mi" which saw the Stax classic on the B-side. Fame's use of the Hammond L-100 as his keyboard of choice alters the sound a bit but its the use of The Blue Flames horn section that gives the track its meat.

2. BYRON LEE & HIS DRAGONAIRES-Jamaica 45 Starline 1964
There are those who have laid claim to the above version inspiring Byron Lee's reading. I'm neutral on this as the Byron Lee reading is faster and therefore edgier, lending itself to more of a "mod" amphetamine fueled pace.  The jazzy guitar solo is brilliant as is the trombone solo and compare with later live versions by Booker T when the tempo was doubled to find its distant cousin.

3. KING CURTIS-US 45 Atco 45-6496 1967
Tapped on the bottom of his interpretation of William Bell's "You Don't Miss Your Water", saxman King Curtis is at times pedestrian as it rarely deviates from the template of the original except for the fact that it includes sax and other horns.  I may raise some eyebrows but Curtis' sax always was too squawky  for me sounding too much like the house band on "Saturday Night Live".

4. BRIAN AUGER TRINITY-UK 45 Columbia DB 7715 1965
Brit Hammond organist extraordinaire's second U.K. solo release was this version issued shortly before he became part of the live act Steampacket.  Auger was relatively new to the Hammond organ, being a pianist prior to buying a B-3 in 1964 and his tasty ivory tinkling instead of an organ solo makes this an interesting choice.

5. THE NEW LONDON R&B BAND-US LP track  "Soul Cookin'" Vocalion VL 73880 1969
I have zero idea about this LP or this band (it was released in three European countries and Downunder as the Soul Extravaganza!). It's a full on affair with a massive horn section and cheezy skating rink organ, unfortunately I can't find it on YouTube to share with you.

6. DOWNLINERS SECT-UK E.P track Contrast Sound Productions RBCSP 001 1964
This version is without a doubt the most curious inclusion here primarily because it's lacking an organ!  Captured live on their rare debut live E.P. British re&b purveyors the Downliner's Sect. It's an interesting version because it comes across as Duane Eddy meets Link Wray and as mentioned probably the only version you'll ever hear with organ!

7. KING SIZE TAYLOR AND THE DOMINOES- Germany E.P track Polydor  21 628 EH 1964
Liverpudlian Ted "Kingsize" Taylor made his bread and butter in Der Fatherland where this version was issued on an E.P., awash in jazzy guitar and the requsite organ with some wailing sax it's not half bad!

8. THE VENTURES-US LP track "The Ventures Play Telstar, The Lonely Bull" Dolton BLP-2019 1962
Direct from my mother's record collection my introduction to "Green Onions" came via The Ventures where it rubbed shoulders with covers of tracks by Herb Alpert and The Tornados. Strangely the guitar is not as twangy as you'd expect and it's surprisingly good with some organ. But maybe it's because I've listened to a hundred versions while writing this.....

9. MODS '79- UK 45 Casino Classics CC 13 1979
The original Booker T version became quite big in 1979 thanks to it's use in the film "Quadrophenia" and it's inclusion on the soundtrack LP so a hastily conceived cover was thrown together on the ever dodgy Casino Classics label. Folks from back then tell me that many a confused young mod thought this was the original and duly purchased it thinking it was the version heard in the film (the label indicating "This song featured in the film Quadrophenia" was an extremely crass ploy). All chicanery aside it's a fairly competent version even if it is a note for note copy of the original! Atlantic records was spurned into action finally releasing a reissue of the great tune in November 1979 a month later!

10. MONGO SANTAMARIA- US LP track "Soul Bag" Columbia CS 9653 1968
Among a host of other soul covers ("My Girl", "In The Midnight Hour", "Respect" etc) Mongo's 1968 reworking on the album "Soul Bag" of course includes his famous congas but it's the sleazy/reedy sax  that really set this version above all of our other inclusions here today! Then there's this incredible trumpet solo by Luis Gasca that is the proverbial cherry on top!