British r&b belter Cliff Bennett with his backing band The Rebel Rousers cut a host of records in the U.K., but strangely only four of his singles were released in the U.S. (on foir different labels no less!). Today's subject, a cover of H.B. Barnum's soul stormer from 1964, was his 9th British single, It was issued in the U.K. in April 1965 (Parlophone R 5259) and released here in July. It was his third U.S. release.

Bennett's version of "Three Rooms With Running Water" actually surpasses the original in my book.  His voice is far more powerful and the musical backing is far more hard hitting, especially the over the top horn solo (the original has a string section during the solo part) and Bennett's insane scream on top of it! His incredibly soulful tones (and a powerful brass section) make it an amazing track. 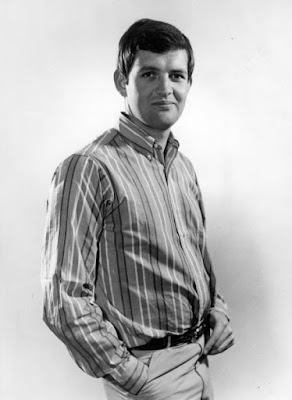 The B-side "If Only You'd Reply" (an original penned by Bennett) has some groovy twangy guitars and powerful brass blasts but tune wise it's fairly pedestrian and not terribly interesting. Cliff's final single in the US a cover of The Beatles "Got To Get You Into My Life" (ABC 45-10842 August 1966) . The UK version was discussed earlier here.

Both tunes are available on a multitude Cliff Bennett compilation CD's the best being "Into Our Lives: EMI Years 1961-1969".