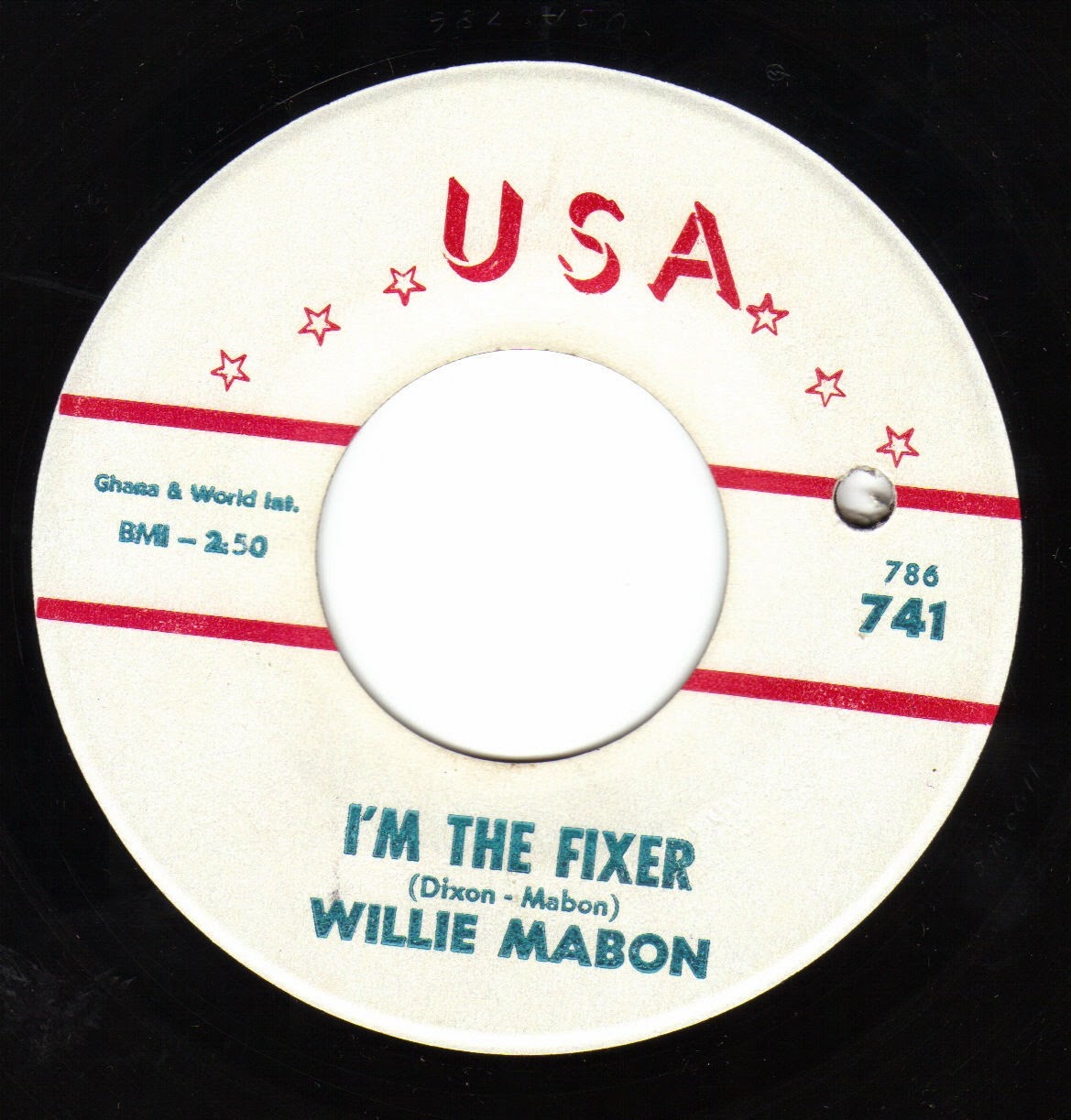 1. WILLIE MABON-"I'm The Fixer"
I've always dug Willie Mabon ever since a friend turned me onto him many years back.  This is my fave, it's bluesy but almost jazzy in his laid back vocal style.'

2. THE DIRECT HITS-"I Start Counting"
There's a Direct Hits CD retrospective out now ("Here There Or Anywhere: 23 Mod Pop Classics 1982-1986") that made me think of their 1986 (or was it 1985?) LP "House Of Secrets" and I dusted it off and this cheeky, poppy number with a 60's slant still had the same impact all these years later!
"Every time I meet a girl it doesn't take long before she's trying to change me and you're no different from the rest as you try to re-arrange me.."

3. THE HEARD-"Stop It Baby"
Somewhere between The Kinks and The Pretty Things take of J.J. Jackson's "Come See Me" comes this snotty, quintessential 1966 U.S. garage punk gem unearthed on "Pebbles Vol.7".

4. THE MOODY BLUES-"King And Queen"
It's hard to believe this '68 Moodies number sat on ice till issued on an LP "Caught Live + 5" in 1977.  It's got everything you'd expect '68 Moody Blues stuff to have: symphonic Mellotron, high backing vocals and a dreamy, almost trippy stillness to it.

5. JIGSAW-"No Questions Asked"
As always I've posted a YouTube link so you can have a listen to this U.K. band's 1971 B-side and tell me it doesn't sound '67-'68! Power-pop meets freakbeat genuis!! Cheers to my pal Mike Sin for hipping me to this via the CD comp "Mr. Toytown Presents...Volume 3".

6. ALAN HAWKSHAW-"Blue Note"
This cool Hammond B-3 groover from 1973 has a bit a muzak edge to it (and damned if the melody doesn't sound like the godawful Spandau Ballet number "True" at one point) but it's a cheezy little bit of easy that finally grew on me after having the "Mo' Hawk" CD comp for eons.

7. MAKIN' TIME-"No Wind No Rain"
From Makin' Time's 2nd and final ballsy LP "No Lumps Of Fat Or Gristle Guaranteed" this number owes a great deal to The Prisoners (who in turn seemed to be sounding more like Makin' Time on their final album "In From The Cold") and is a powerful bit of adrenaline.


8. THE RICH KIDS-"Ghosts Of Prince In Towers"
Pre-Ultravox Midge Ure joins ex-Pistol Glen Matlock in the short lived but brilliant band the Rich Kids, okay maybe they were as groundbreaking as The Sex Pistols but they still had power and originality in my book. And as this clip from Peter cook's "Revolver" TV shows they could play too....

9. JACKIE EDWARDS-"My Love And I"
Probably one of my fave Jackie Edwards tunes, this soulful ballad is in no small part aided by some stellar horn work that sounds straight off a Georgie Fame & The Blue Flames record.

10. JOE JONES-"California Sun"
The original version of the Riveria's hit was originally cut by Mr. Joe Jones (best known for his hit "You Talk To Much").  The Riveria's retained the stomping beat but eschewed Jone's boogie woogie meets r&b groove, their loss.