We discussed Locomotives's previous 45 ska/rocksteady favored "Rudi's In Love" in an earlier entry. Today's topic was their third U.K. 45 (January 1969 Parlophone R 5758) but only their second U.S. 45  with Bell records electing not to issue their debut U.K. 45, a coupling of "Broken Heart" b/w a cover of Dandy Livingstone's ska/rocksteady classic "Rudy-A Message To You" (Direction 58-3114 December 1967). It was issued on these shores in April 1969 with little or no fanfare where it promptly sank without a trace.

By the time of this single the ska/rocksteady sounds gave way to a heavier proto-prog sound with some interesting results. The interestingly spelled "Mr. Armageddan" was written by band leader Norman Haines and was the cornerstone of their sole LP "We Are Everything You See". It's an organ driven over the top number starting off with some shimmering strings before degenerating into a phased organ orgy of sound with some near maniacal wailing from Haines (he was also the band's keyboardist) behind a steady melodic bass line.  The number changes tempo multiple times bringing an interesting cacophony of horns playing a bombastic melody amid descending lines and layers of thundering drums and some very Caravan meets Deep Purple style organ. 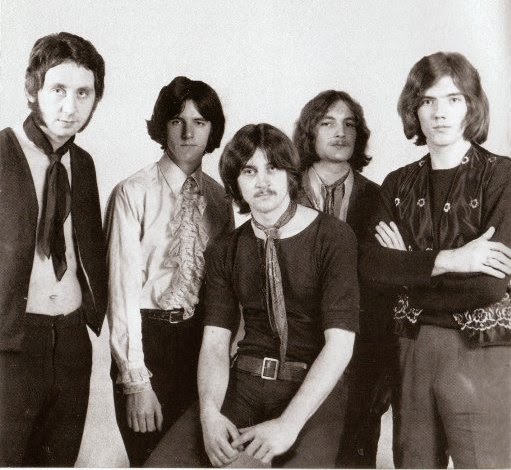 "There's Got To Be A Way" is less freaky, driven by a less chaotic melodic horn section with some soulful, more restrained lead vocals. The horn work shows the band's soul/jazz experience and ads to the versatility in my book. It's at odds with the A-side but maybe that's a good thing?

Both sides are available on the deluxe CD reissue of  their 1970 LP "We Are Everything You See" (including a Mono mix of the A-side).