The V.I.P.'s have been covered in an older post here. Today's item of interest is in my estimation one of the coolest French 60's E.P.'s ever issued because it's chock full of killer tunes and has this bad ass picture sleeve. "Straight Down To The Bottom" is one of their most sought after singles of all time (jack ass here had a one sided demo copy of it , guess where that went?). It was written by their new producer Jimmy Miller (previous 45's were produced by their label boss Chris Blackwell), who later went on to do some fantastic stuff with The Stones. "Back In To My Life Again" was composed by Miller with Jamaican singer/songwriter Jackie Edwards . It was also recorded by the Spencer Davis Group who recorded a slew of Edwards tunes like "Keep On Running" and "Somebody Help Me"(and Love Affair cut a smoking version as well during their brief period in '67 where they were signed to Decca that went unreleased until a few years ago that I came across on iTunes). "In A Dream" is a Jackie Edwards composition and was the B-side to the U.K. issue of "Straight Down To The Bottom" (Island  WIP 6005). "Every Girl I See" was composed by Willie Dixon and M.P. Murphy and recorded by Buddy Guy though I'm not sure who else did it.

"Straight Down To The Bottom" is my fave V.I.P's track hands down.  My demo copy and other versions I've heard always sounded warbly, especially the piano, like the tapes were under water. Most version's I've heard sounded the same way.  Anyone with an original 45 that sounds any better?  Regardless it's a non-stop gas, soulful lead vocals  over the top of a soulful bass groove with great call and response vocals and is easily one of the most infectious numbers British r&b has ever produced for the dance floor.  The backing vocals that repetitively chant "I can't sleep and I can't eat" over and over again stay in my brain on most days, highly infectious stuff. Their version of "Back Into My Life Again" easily dispenses the Spencer Davis Group version in my book owing to it's harder hitting edge and cool little guitar lick that comes in after the main chorus and has a great "party" atmosphere to it like The Quik's "Bert's Apple Crumble" or Island label mates Wynder K. Frog's reading of "I'm A Man". 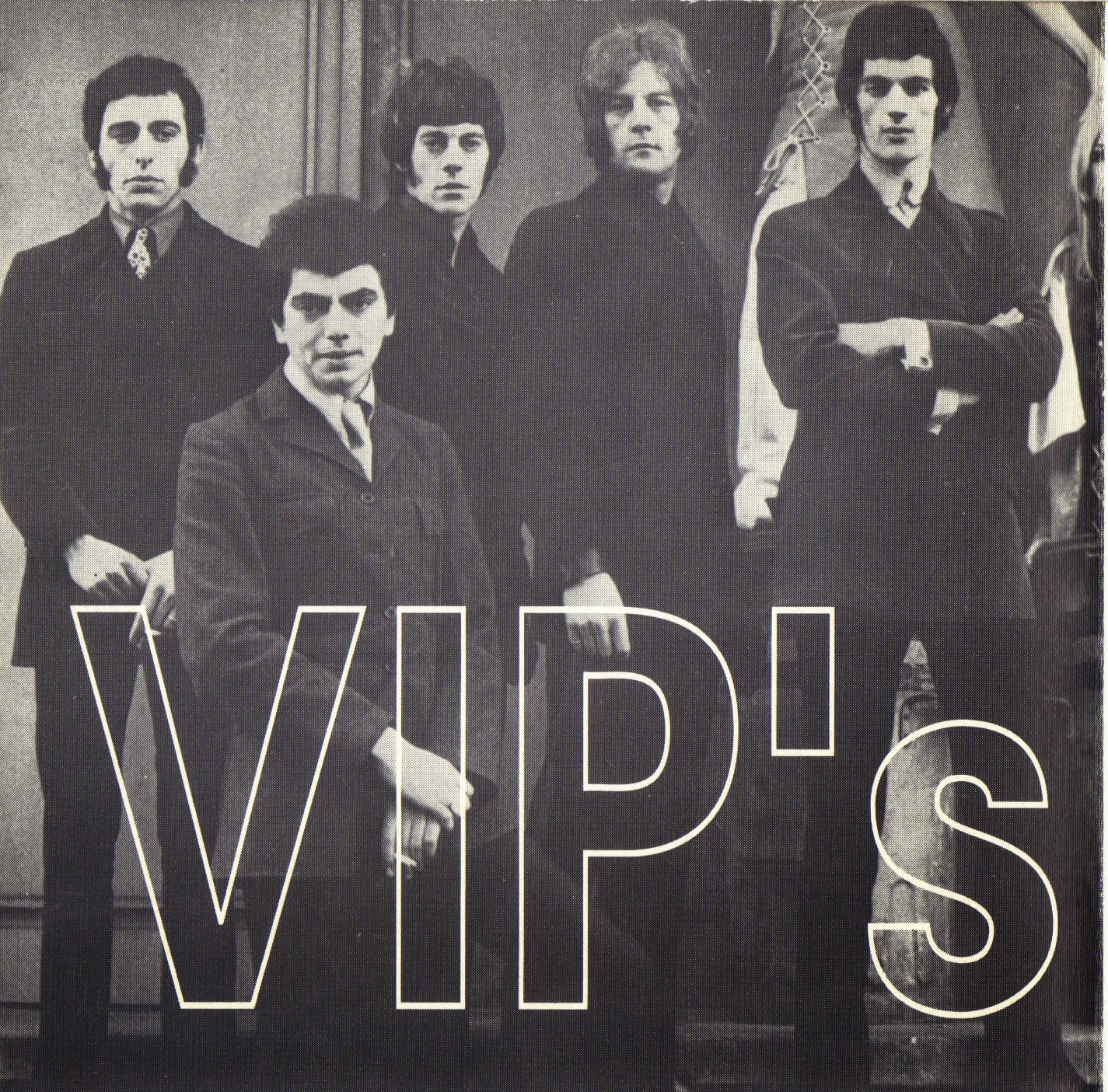 "Every Girl I See" is proto-trippy with it's slashing cymbal and the almost raga feel to the lead vocals as they come wafting into your ears with some period congas and and some Steve Cropper style guitar licks bringing it on. It certainly deviates from the bluesy feel of Buddy Guy's version which is cool in my book as there's certainly enough carbon copy covers by U.K. bands in this era, and this ain't one of them! "In A Dream" is a slow number with a sort of waltz/swing to it but it's lead singer Mike Harrison's soulful vocals that really move this one along while some barroom style piano tinkles in the background, 12 string guitar and with some crashing drums that give it some guts.

All four tracks can be found on Repertoire Record's highly recommended 28 track CD compilation "The Complete V.I.P's" which if you're a fan of U.K. mid 60's soulful r&b like I am you need to get post haste.  Luckily it is still available through Amazon.

Hear "Straight Down To The Bottom":

Hear "Back Into My Life Again":