10 Groovy Donovan Covers You Should Hear 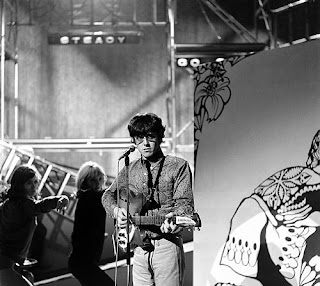 Donovan is taking it on the road here in the States this autumn and in honor of his 70th birthday today I thought it might be interesting to dig up ten interesting covers of tracks by him for you consumption:

1. GABOR SZABO-"Three Kingfishers" U.S. LP track "Bacchanal" Skye SK-3 1968
There is no one better suited to interpret Donovan than the Hungarian born jazz/raga guitarist Gabor Szabo. His version of "Three Kingfishers" is delivered in his trademark hypnotic jazzy/gypsy/raga guitar style and totally suited with an "International flavor" that Donovan would no doubt approve of (he also covered "Sunshine Superman" on the same LP). 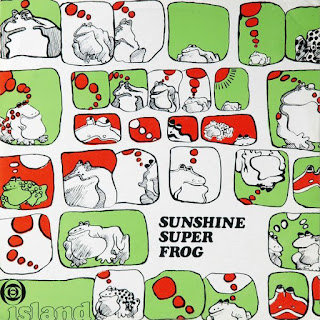 2. WYNDER K. FROG-"Sunshine Superman" U.K. 45 Island WI 3011 1966
Lead by Hammond organist supreme Mick Weaver Wynder K Frog made a career doing Hammond n horns instrumentals of other people's material. Their second single for Island (and last in the red and white WI series) in the Summer of '66 was this funky Booker T & The MG's style workout of "Sunshine Superman" with some nice horns backing it all up. It was also the lead off track from their first LP was incidentally titled "Sunshine Super Frog".

3. KAREN VERROS-"You Just Gotta Know My Mind" US Dot 45-16780 1965
This is a track Donovan never released himself and it's the first known airing of the tune (later covered in '66 Sweden by Steampacket and '68 in the UK by Dana Gillespie). It's by far my favorite of the three, in fact the Dana Gillespie version owes it's arrangement entirely to this, though this one is a lot more raw and a perfect slice of gritty mid 60's American rock n' roll.

4. TOM NORTHCOTT-"Sunny Goodge Street" US 45 Warner Brothers 7051 1967
Larry Grogan over at Iron Leg turned me onto this version by Canadian singer/songwriter Tom Northcott (composer of many tracks like this one).  It loses the jazzy/mellow feel of the original and turns it into a fairground dirge reminiscent of late 60's Del Shannon and early Nitty Gritty Dirt Band. Northcott opts to change the original lines "a violent hash smoker" to "fearless believer" and "smashing into neon streets in their stoned-ness" to "smashing into neon lights in their stillness". It reached #20 on the Canadian charts. 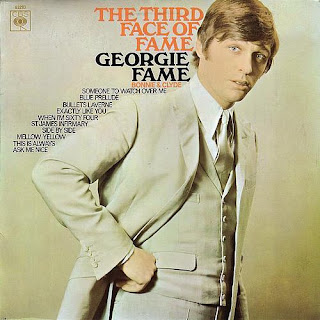 5. GEORGIE FAME-"Mellow Yellow" UK LP track "Third Face Of Fame" CBS S 63293 1968
Georgie Fame's CBS period has been rightfully assailed by many as dreadful.  This is somewhat correct but his reading of "Mellow Yellow" from his abysmal "Third Face Of Fame" LP actually works in it's diluted jazz/MOR/light entertainment feel.  Luckily Fame always had the cream of the crop playing with him and the precise horns carry this number rescuing it from the mire that drags most of this album down the drain.

6. JULIE DRISCOLL, BRIAN AUGER & THE TRINITY-"Season Of The Witch" French 45 Marmalade 421 194 1968
This 1968 French only 45 couples the halved versions of "Season Of the Witch" (originally cut on their 1967 LP "Open" at 7 minutes and 58 seconds).  It really works thanks to Jools soulful vocals and interesting phrasings and of course Auger's ultra spooky organ trills where he plays all over the place without ever once becoming indulgent or "way out". The best part is about 5 and a half minutes in after Brian's Doorsy organ solo that seems to anticipate The Strangler's "Walk On By" when the backing vocals get real witchy and Jools comes back in.

7. JULIE FELIX-"Mad John's Escape" UK LP track "The World Goes Round And Round" Fontana TL 5473 1968
Julie Felix cut loads of Donovan tracks (a single of "Young Girl Blues" released as "Saturday Night", an unreleased track called "To Try For The Sun" on her LP "The Third Album" etc) but this one is the most interesting.  I'm not a big fan of Julie Felix but I dig the musical backing on there one: big beat brass, jazzy drums, organ, congas etc. But I think it really makes the track work.

8. THE SUGAR SHOPPE-"Skip-A-Long Sam" US 45 Capitol 2233 1968
This Canadian quartet (two gals, two guys) took this one and added some xylophone, angelic female backing vocals (hands down the best part of this track), brass band horns and woodwinds that turned this into a brilliant slice of sunshine pop that almost betters the original. 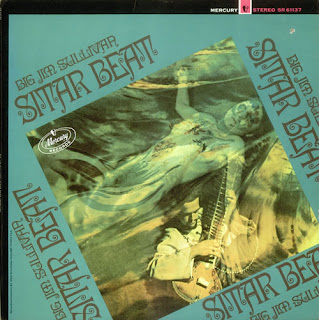 10. THE BLUES PROJECT-"Catch The Wind" US Verve Folkways KF 5013 1966
Tucked away on the flip of their second single (a version of Chuck Berry's "I Wanna Be Your Driver") is this dreamy, atmospheric take on "Catch The Wind" sweetened by some cool Farfisa on top of some jazzy guitar noodling