Trinidad born Kenny Bernard had previously released two 45's in the U.K. on Parlophone as Kenny and the Wranglers in 1965 and two on Pye (the first one being backed by The Wranglers and the second just credited to "Kenny Bernard") and before his third Pye release (7N 17233) was launched in December 1966 (also bearing his name only) . Our copy in question is the U.S. issue released in February 1967.

"Hey Woman" is an interesting track because it's lyrically a rewrite of "Hey Joe" which incidentally was ALSO released in the U.K. in December 1966 by The Jimi Hendrix Experience (allegedly Bernard changed the title to avoid any copyright issues). The timing of the release is interesting and not wishing to weigh into the origins of "Hey Joe" debacle the U.K. issue credits it to "Trad. Adap. Murphy" while the US pressing simply credits one Ralph Murphy. Ralph Murphy being one half of Canadian born British based duo The Slade Brothers. "Hey Woman" musically IS "Hey Joe", it's performed at the same tempo as the J.H.E. version but is an acoustic blues track, the backing vocals (sung by male voices) also follows the J.H.E's template (or whatever arrangement THEY followed). It builds to add horns and really kicks it adding soulful female backing vocals and thundering drums. Bernard claims that the studio engineer leaked the track to Hendrix's manager Chas Chandler 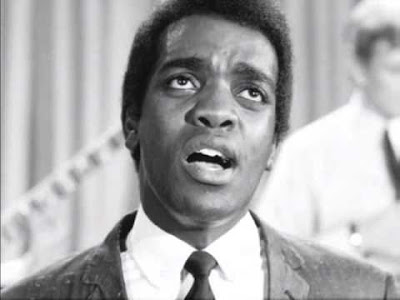 Bernard's cover of "Ain't No Soul (Left In These Old Shoes)" has long been popular in "Northern soul" circles.  I'm not sure why because in my estimation it's surpassed by the Ronnie Milsap version, but what do I know, I gave up trying to figure out Northern Soul ages ago. Regardless Bernard's arrangement owes everything to the Ronnie Milsap release.  The horns are powerful and the arrangement is tight but sadly I don't think it's well suited to Bernard's voice at all.

"Hey Woman" appeared on Sequel's CD compilation "Ripples 6: Jingle Jangle Mornings" and the three CD Grapefruit set "Gathered From Coincidence: The British Folk Pop Sound Of 1965-66", while "Ain't No Soul(Left In These Old Shoes)" joined his dreadful "What Love Brings" on their Northern Soul compilation CD "Dance like The Devil".

Unfortunately "Hey Woman" is not on YouTube but "Ain't No Soul (Left In These Old Shoes)" is:

A long time ago, Kenny Bernard was interviewed on the Charlie Gillett radio programme (Radio LOndon I think) and said that Hendrix heard Hey Woman in Rik Gunnell's office and took his arrangement for Hey Joe from that ! Hey Woman was released in Uk in December 66