Prior to his signing with Decca Tom Jones cut several tracks with the legendary Joe Meek, these were initially not released in the UK because of contractual issues. Today's subject was issued first in the US on the Capitol subsidiary Tower in March 1965 (it was later released in the U.K. in May on Columbia). In Mike Figgis segment of the 2003 PBS documentary series "The Blues" on British r&b "Red White & Blues" Tom Jones discussed his rather difficult session with Meek who apparently was more interested in groping him than recording him.

"Little Lonely One" is a mid tempo ballad originally cut in 1961 by The Jarmels that would be fairly pedestrian if it wasn't for Meek's magic dust.  What makes it interesting is the production (ethereal backing vocals, Meek's patented drum sound and these funky little horn bits) all with orchestration by Ivor Raymonde laid on top. 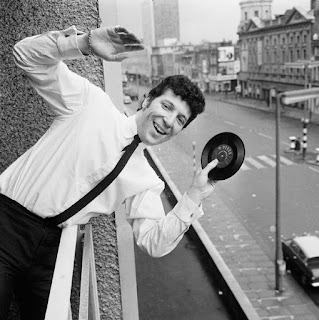 "That's What We'll Do" is similar to the A-side in genre and production, though there are some cool understated twangy guitar and strings that sound straight off a Drifters album it's just dreadful god awful schlock.

Both sides were compiled on the CD collection "The Exceptional Joe Meek: The Missing Recordings And Rarities".