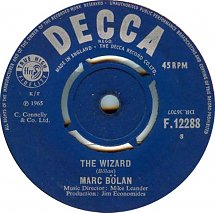 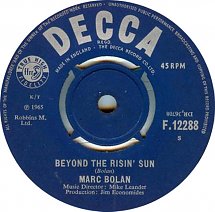 How many labels do you know of in the 60's in the U.K. that would take a relative unknown, give him a record contract AND issue a single with his original material on both A AND B sides?  Just one, the label that turned down The Beatles: Decca. 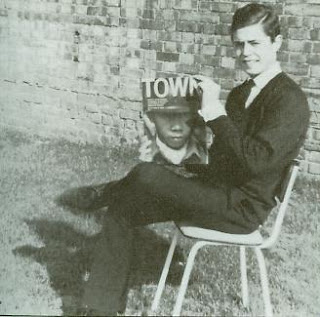 Our sliver of seven inches of vinyl this time around concerns a teen aged former ace face from Hackney, London formerly known as Mark Feld, rechristened Marc Bolan.  As indicated earlier both sides are original compositions and are wonderfully arranged by the magic hand of Decca's own George Martin, the late great Mr. Mike Leander. 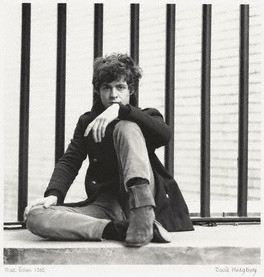 Launched in November 1965 "The Wizard" benefits from a host of marvelous instruments: woodwinds, flutes, strings and airy fairy female backing vocals (The Ladybirds I believe, the trio always on Benny Hill not the nudist four piece).  In fact the use of the woodwinds, strings and flutes is akin to what David Bowie would be doing a year later over at Decca's new Deram outlet. The lyrics are mystical and Bolan's vocal style is not quite warbling, bearing more of a laid back Bob Dylan feel.  It's quite unusual for the time of it's release and amazing, though brief clocking it it under 1:52.   The flip repeats the same instrumental formula with certainly more pronounced full on Dylan singing and loads of lyrics that like the A-side came from a J.R. Tolkien obsessed young fertile mind.

Both sides have recently cropped up on a host of early Bolan retrospectives, some of which are actually available through iTunes! 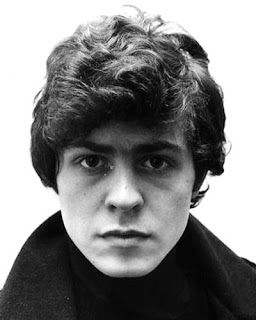