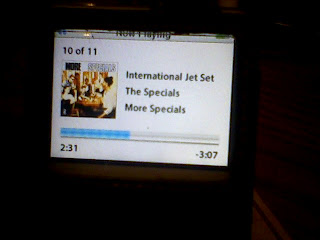 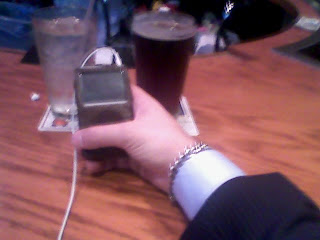 Can you freaking believe it? Thirty years ago I was a young lad buying "More Specials" in the import bin at a mall record store for some astronomical price.  As I write this I'm now a 43 year old man stuck in some godforsaken airport for the next four hours which fortunately has A.) a pub with B.) a seat at the bar and C.)Smithwicks AND Newcastle Brown Ale on tap. Well into my fifth pint of Smithwick's and  with "More Specials" playing through the oft seen in every-public-place-in-America white earphones for my iPod rescuing me from the dreadful piped in 80's crap(Springsteen, Madonna, etc ad nauseam).  I don't think I've ever gotten onto a plane completely tanked, but there may be time to change that. "International Jet Set" seems appropriate. 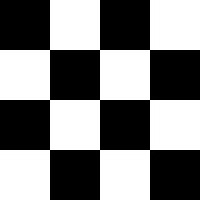 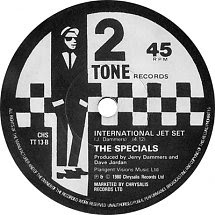 I missed the boys when they reunited and played two gigs in New York City at Terminal Five as it was final exam time for me.  Working for the "Rat race"? Maybe next time.  Though I'm down on band reunions for the most part I am pleased to hear they were really good and I'm equally pleased that barring Jerry Dammers it was all original members.  There have been a lot of dodgy ska acts out there (classic example : The Special Beat Service) and seeing as it has been 30 years, why should early 80's ska be any different from doo-wop, 60's British Invasion or 60's soul bands who reform with one or two original members, some members from another band and a host of members who weren't even born when the songs they're playing were first released.  As some aging M.B.E. once mused when he was a rebel and not yet a respectable member of society "what a drag it is getting old". 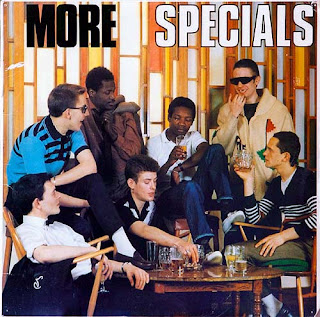 At the time, after buying all the singles I remember feeling slightly disappointed buy the first album, so didn't grab More Specials until many years later. What a gem - it's the perfect summer album along with Corduroy's Dad Man Cat and Ernest Ranglin's Below The Bassline.