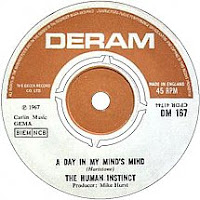 Here at Anorak Thing we take pleasure in nearly all things Deram and 1960's (with notable exception being the ghastly Whistling Jack Smith's "I Was Kaiser Bill's Batman") and enjoy sharing them with you. 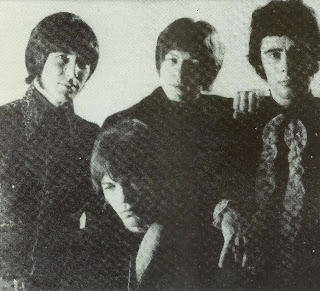 The Human Instinct were one of those band's who sailed off to old Blighty in the 60's hoping to make a name for themselves.  Coming from New Zealand in late 1966 where they'd previously cut a few singles as The Four Four's (where they toured with The Rolling Stones on their '66 tour down there) this Kiwi quartet made three pretty interesting 45's in the U.K. on Mercury under their new moniker as The Human Instinct before switching to Deram for this single.  The line-up  for their '66-'68 U.K. stint was: Dave Hartstone-lead vocals/guitar, Bill Ward-lead guitar, Frank Hay-bass and Maurice Greer-drums.  The band were unique as all four members sang giving them a unique harmony sound and Maurice Greer played drums standing up!! 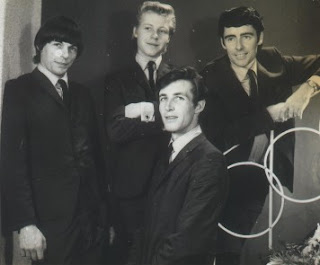 "A Day In My Mind's Mind" evokes The Association with it's multi layer sunshine pop harmonies and flute thanks to some heavy duty production c/o in house maestro Mike Hurst.  But there's a bit of harp thrown in with a rather Hendrix style distortion/blistering guitar lick and some great morse code toggle switching at the track's end that makes the number substantially harder than anything the West Coast California seven ever did.  But it's all sweeped into a burst of nearly lysergic sunshine pop thanks to a squeaky clean "la la" chorus that appears during the crescendos and lyrics like "created the flowers and the love of good things that just never existed". ivory tinkling and a really cracking beat.  Once again the band's ace harmonies come to fore as the lead singer mourns the "end of the season".  Almost like the downside of Kaleidoscope's brilliant single "Holidaymaker"(more on that one someday I promise, with summer almost here it's necessary). 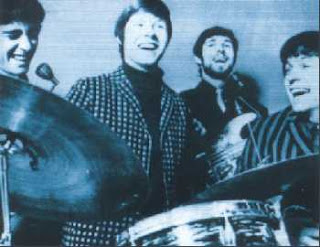 "A Day In My Mind's Mind" has cropped up on the Deram/Decca CD compilation "The Psychedelic Scene". Both tracks were also compiled on the New Zealand CD "The Singles 1966-1971" on the Ascension label which is highly recommended if you can track it down.

Hear "Death Of The Seaside":