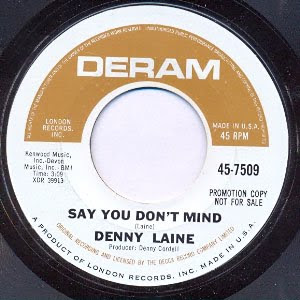 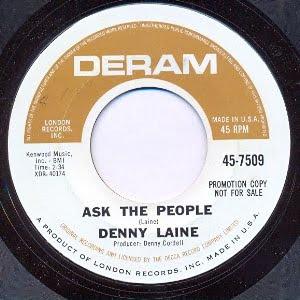 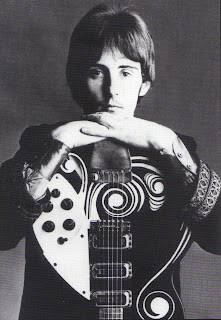 Denny looking cool with his
psychedelic Rickenbacker  1966
With help from Denny Cordell, upon leaving The Moodies in the summer of 1966 Denny had managed to put together what was known as "Denny Laine's Electric String Band", a band with multiple violin/cello players as well as a bassist and ex-Pretty Thing's madman Viv Prince on drums. The band actually did a fair amount of gigging (one wonders where they played with two violinists and two cellists). The project's fruition was his debut single in question here.  "Say You Don't Mind" is one of those classic Deram releases that broke new grounds (The Move, Cat Stevens, Bowie, Tintern Abbey etc).  From it's woodwinds, strings and rocking backing track it should've been a number one.  No doubt it was probably kept away by some tripe like Engelbert or The New Seekers.  But you can say this, there weren't many people doing this "string section" bit this early on in Deram's roster.  Groundbreaking I think one of the "Disc & Music Echo" clips I have somewhere said.  Denny's voice is strong and hits some notes few could get away with.  Everyone always raves about the Colin Blunstone version, but for me this is the genuine article.  The flipside, "Ask The People" is equally strong .  It's simple acoustic guitar at the beginning is sparse and then leads into some more orchestration.  Laine's vocals and lyrics are amazing (he wrote both sides), in fact I like just as much if not more than the A-side!! 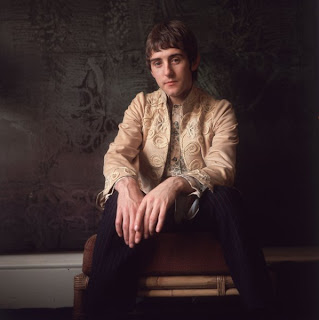 I'm sure neither of these cuts have cropped up on a CD reissue as of yet, which is beyond criminal.  If they have give us a shout.  One would hope there's a bevy of Laine Deram era material laying in vaults someplace given the brilliance of these two singles............but right now there are just horrible iTunes "Oldies" style re-recordings of "Say You Don't Mind" available with (ack!) synthesizers replacing the strings!

Great blast from me past mate! Denny doing a great Lennon-look-a-likee too.

Someday I'm going to do a blog photo montage of all the "Guardsmen" style moustaches on British 60's pop stars! I'm thinking Lennon and Macca were first, but who knows!