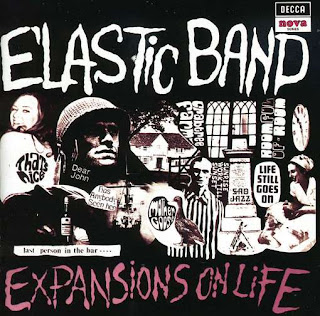 1. CHAD STUART & JEREMY CLYDE-“Rest In Peace”
I finally got around to digging their “Of Cabbages & Kings” CD and was immediately blown away by this lead track that reminds me of “Bookends” era Simon & Garfunkel meets Duncan Browne. Magic stuff indeed! 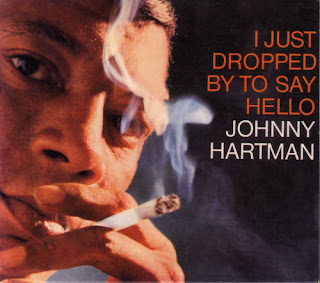 2. JOHNNY HARTMAN-“Don’t You Know I Care”
Johnny Hartman is more of a jazz crooner, and that’s not always something I’m into but I’ve been digging the hell out of his Impulse LP “I Just Dropped By To Say Hello” which I scored used on CD in between World Cup matches a few weeks ago. With Illinois Jacquet along for the ride on tenor, Hank Jones tinkling the ivories, Milt Hinton on bass, Kenny Burrell on guitar (with Jim Hall) and Elvin Jones on drums it’s a party you might not want to attend but once you’re there you’re glad you came.

3. PAUL McCARTNEY & WINGS-“Jet”
Someday somebody, somewhere is gonna explain to me what they hell this song is about lyrically. Till then I’ll just groove on the magical, ballsy pop precision with over the top, no expense spared pull out all the stops production. Killer stuff. I was never a fan of any solo Beatles stuff as much as I was with select Macca sides, this one being my fave. 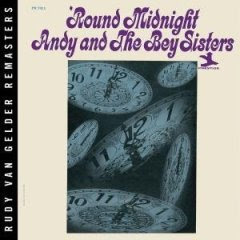 4. ANDY BEY & THE BEY SISTERS-“Feeling Good”
My jazz mentor/pal Raymond Outlaw hipped me to the powerful voice of Andy Bey last year and I stumbled upon this cut from the Prestige LP “Round Midnight”. It’s perfect summer time music with it’s weary tone that just feels right when the heat has got you down and you just want to lay back and relax. Nuff said.

5. THEE-“Each And Every Day”
I’d pretty much ignored this early Jagger/Richard’s composition for many years and chalked it up to being rather twee and disposable. I’ stumbled upon it again while playing Decca’s “The Beat Scene” CD compilation and for some reason it grabbed me, hard. Upon further repeated plays I became struck by the sentimental lyrics (not really something the Stone’s boys were capable of) and the great key/chord changes.

6. THE MOODY BLUES-"So Deep Within You" (Live BBC)
Last year I finally got around to buying the 2 CD “At The BBC” CD as I am, and always have been, mad for any British 60’s music live on Auntie Beeb. The Moodies one (spanning ’67-’69) is particularly amazing. This track never grabbed me but the life Beeb version is mind blowing when you hear how well these guys sing in harmony live and are as tight as a….

7. THE ELASTIC BAND-"Last Person In The Bar"
I grabbed their “Expansions On Life” CD LP reissue in the used bin a good 15 years ago and probably took a good ten years to either play or enjoy it. This one’s my fave, a bit long but a killer tune with some delightful little jazzy breaks where sax and piano swing on in between the lead singer’s brilliant pantomime about being, as the song says “last person in the bar”.

8. THE CONQUERORS-"Kicking Myself"
From their Get Hip records 10” E.P. debut “Turn On, Tune Out, Drop Dead” comes this moody piece by the Minneapolis foursome at the earliest incarnation. The number screams vintage “Last Fourfathers” era Prisoners and the blistering solo at the end is pure Peter Green era John Mayall’s Bluesbreakers. What’s not to like?

9. THE STRANGLERS-"Who Wants The World"
Back in the 80’s my best friend relocated to Bayonne, NJ. It was a big stretch for rural boys like him and I. The Stranglers were his fave band and they always make me think of how we bounced up and down the boulevard in Bayonne blasting their pre-“Golden Brown” material on his boom box that summer. Unlike most bands that we listened to in the 80’s I still love them (their first 5 albums anyway). 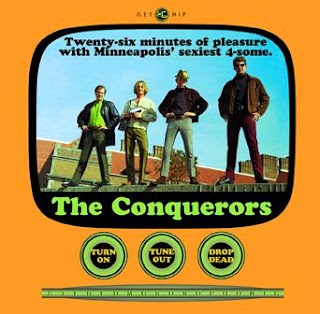