Ten cool 60's U.K. record labels.  I could've picked some majors (Decca, Parlophone, Columbia, CBS, etc) or reggae/ska labels (Blue Beat, Island or my personal fave R&B) or soul (my personal fave of the genre the U.K. Sue and it's successor Action!) but I decided I'd stick with labels that were predominantly British artists but who also dabbled in the odd American record. 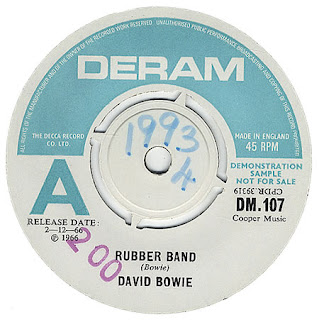 1. DERAM-
Decca's "way out" offshoot that was started in 1966 is beyond a doubt my favorite British 60's record label.  Not just because it was the home to my favorite LP (David Bowie's 1st) but because it was a veritable cornucopia of British 60's pop sike singles (Tintern Abbey, Virgin Sleep, The Human Instinct, The Syn etc) as well as the starting place for the brilliant vinyl debuts by the likes of Cat Stevens, The Move, Beverley etc and of course the home of some brilliant mod/blue eyed soul releases by The Quik, The Eyes of Blue and Amen Corner to name but a few! 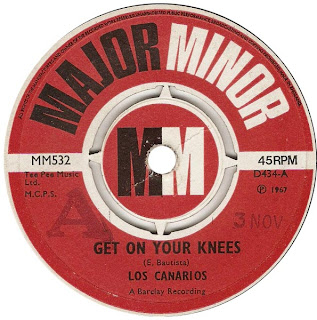 2. MAJOR MINOR-
Major Minor was an odd little label that ran from 1966 till 1968.  It's unique because it hosted "international" artists like Eire's The Dubliners, Italy's Equippe 84, Gallic hip cats Les 5 Gentlemen (under the odd moniker of "Darwin's Theory"  for these U.K. releases) and Spain's brilliant Los Canarios amongst releases of U.S. records by Tommy James & The Shondells and The Choir ("It's Cold Outside" MM 537 November 1967) to pop-sike friendly British records by the likes of The Gibsons, David McWilliams, and July. 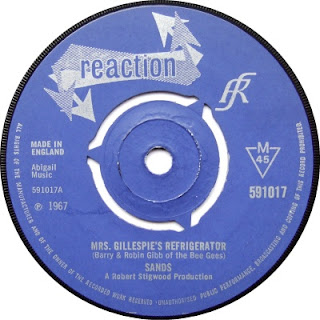 3. REACTION-
Launched by Robert Stigwood in 1966, Reaction boasted the likes of Oscar (aka Paul Nicholas doing tracks by David Bowie, Pete Townshend AND The Bee Gees), The Who, The Sands, Cream, the pre-Deep Purple act The Maze and The Birds final single (as Birds Birds).  And all in the brief 18 months that the label existed!  Strangely no one has created a compilation of all of these brilliant releases as of yet. 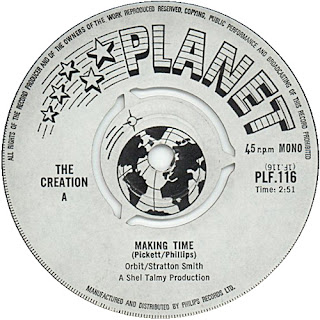 4. PLANET-
The brainchild of producer Shel Talmy, Planet was interesting because not only did it last for just 22 singles in little over a year but it also simultaneously released singles in the U.S. utilizing the same catalog numbers as the British ones (though stock copies of many of the U.S. releases are nil and seem to have only appeared in white label promo form).  Home to mod/freakbeat friendly records (The Creation, The Thoughts, A Wild Uncertainty, The Trekkas, The Untamed etc)  to r&b (John Lee Hooker and John Lee's Groundhogs) to British soul records (Perpetual Langley) and even a British pressing of American soul (The Orlon's "Spinning Top") it was certainly one of the best as 3/4's of it's releases are amazing records, something few 60's British labels could boast. 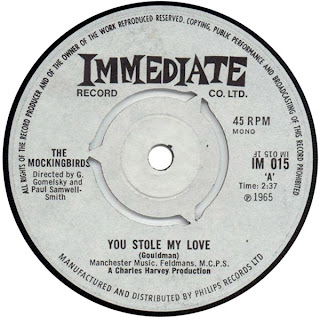 5. IMMEDIATE-
Launched to much fanfare by Stones Svengali Andrew Loog Oldham and business partner Tony Calder in the spring of 1965 with a release of the American hit "Hang On Sloopy" by The McCoys, Immediate was a prototype for independent labels in both signing obscure young hopefuls and how excess and bad management spell bankruptcy and rip off's of artists.  Despite this with the likes of The Small Faces, P.P. Arnold, Billy Nicholls, Chris Farlowe, Nico, Fleetwood Mac, Amen Corner and lesser known brilliant acts like The Mockingbirds, The Poets,  Les Fleur De Ly's and Apostolic Intervention on their roster Immediate was the undisputed king of the "little labels" in the 60's.  And like all British 60's labels they had their obligatory U.S. soul releases (Barbara Lynn) jazz (a U.K. only Mark Murphy LP!) and other American singles (The McCoys, The Turtles). 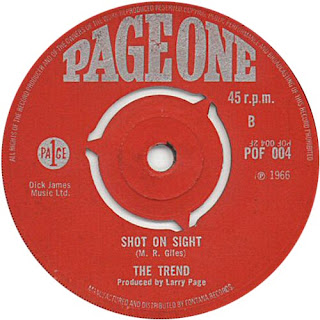 6. PAGE ONE-
Set up by the famous The Kink's associate Larry Page, Page One boasted such household names as The Troggs, Vanity Fair, Plastic Penny and even Karl Denver (ack!) and such "Anorak Thing" underground underdogs as The Loot, The Craig, The Universals, Los Brincos, The Trend, The Apple and even last ditch efforts by such old school names as The Graham Bond Organization and the brilliant Mick Green led Dakotas.  The label released a staggering 179 singles and one E.P. in their four year existence. 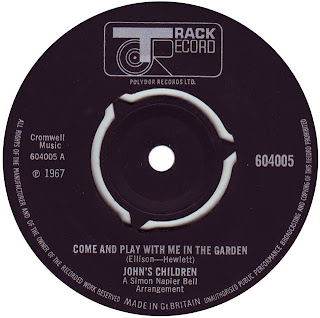 7. TRACK-
A venture set up by Who managers Chris Stamp and Kit Lambert Track had of course such heavy weights as The Who, The Jimi Hendrix Experience, The Crazy World of Arthur Brown, and Thunderclap Newman.  They also had the more obscure releases by John's Children, Eire Apparent, Cherry Smash and an oddball release of American records like The Parliament's "(I Wanna) Testify" as well as Marsha Hunt and Fairport Convention's debut 45's. 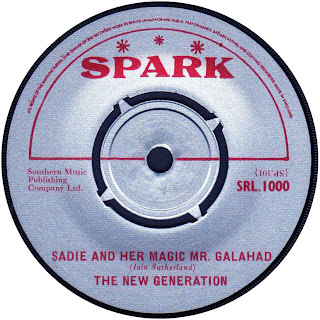 8. SPARK-
Spark was a small time label (1968-1973) that boasted it's quota of U.K. pop-psych (The New Generation, Gene Latter, Icarus and John Carter & Russ Alquist to name a few), Freakbeat (The Fruit Machine and The Eggy) to more M.O.R. British sounds (Val McKenna, The Johnny Scott Orchestra) and even a Carl Perkins and Gene Vincent 45 apiece! Diverse yes? 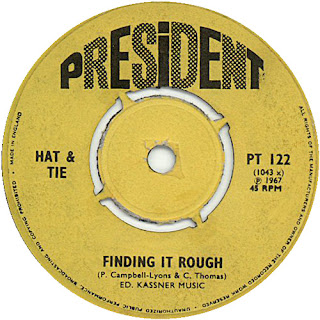 9. PRESIDENT-
Long associated with The Equals (who's President releases on the European continent were far more prolific than just the 19 singles and two 7" E.P.'s they released on the U.K. outlet of the label), President had it all: freakbeat/psych: Hat & Tie (featuring future Nirvana members), The Renegades and Rhubarb Rhubarb, U.S. soul/r&b (Johnny Wyatt, Alvin Cash, Felice Taylor, The Five Du-Tones and MANY others), reggae/rocksteady (The Pyramids, The Four Gees etc), home grown female singers (the groovy Barbara Rushkin and the icky Dorothy Squires) U.K. mod/r&b (The Exceptions), U.S. blues/rock n' roll (Little Richard, Slim Harpo and Otis Clay) and even Mouse & The Traps "Lie, Beg Borrow & Steal".  How's that for diverse? 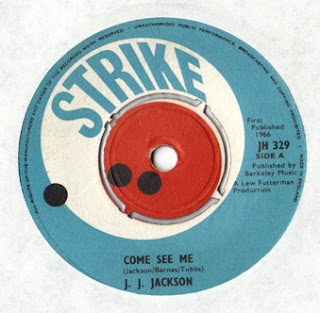 10. STRIKE-
Possibly the coolest looking British label with it's "mod" bulls eye bowling ball imprint, Strike lasted for just one year but gave the world some fine releases by Neil Christian, the U.K. release of J.J. Jackson's "Come See Me" (released AFTER The Pretty Things version), Roy Harper's very first single and several by their own in house composer/producer Miki Dallon.
By Wilthomer - January 31, 2011

Have a few things on some of those imprints. Its great to know the operating periods for the labels.

I recently found Johnny Nash - Cupid on Major Minor. I wonder if they put out any other ska/rocksteady singles.

You might want to consult this Major Minor discography:

truly weird, Major Minor, dead for 40 years until they reissued Morrissey Everyday Is Like Sunday?!