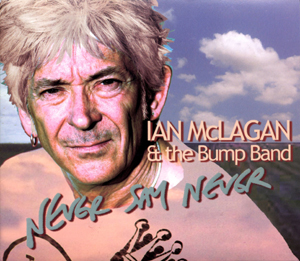 1. IAN McLAGAN & THE BUMP BAND-"Little Black Number"
I'm gearing up for Mac's gig in a town near me next month and hope he plays this one, easily my fave off of "Never Say Never" a boozy little Faces era number with a groovy little "Club Ska '67" horn bit in the middle!

2. THE KINKS-"The Village Green Preservation Society (Live BBC)"
From the essential double CD of The Kink's Beeb sessions comes this take on what's possibly my favorite Kinks song ever. It's resolute, straight forward and nostalgic, something I think I'm guilty of all too often.

4.THE MONKEES-"Pleasant Valley Sunday"
This was the first Monkees record I ever owned, I got an original 45 of it for Xmas 1975 from my favorite aunt after being turned onto these guys after watching the show (then in syndication) every day after school. Like all of my fave Pre-Fab Four tracks this ones sung by Mickey Dolenz. Regardless of whether they played on it or not I couldn't care it's brilliant, and the kids just don't understand...........

5. THE DIRECT HITS-"My Car"
A cheeky 60's inspired pop ditty by a trio who made some very cool records often marred by 80's production and equipment but the melodies were great and the 60's pop hooks were intact.

6. THE BEATLES-"Words Of Love"
I've been listening to a lot of the Fab's box set of all the Mono mixes and marvelling at how fresh and new it makes all of their stuff sound the fifteenth time around!

8. TOMORROW-"Auntie Mary's Dress Shop"
A nice bit of kitschy pop-psych about a little old ladies tailoring shop with some piano/harpsichord entwined with an acoustic guitar playing the same lick while there's some jazzy electric guitar chording beneath it all (both c/o a young Steve Howe), brilliant.

9. SOUNDS INCORPORATED-"My Little Red Book"
I love Sounds Incorporated, they were so dated looking, even watching them on "Beat Club" live from the Tiles in late '66 they look like they're playing some dance hall in '62, but they were one of the most amazing instrumental combos of the 60's, total musos.  This track exemplifies that.

10. THE ACTION-"I'm A Stranger"
Off kilter acid-speak lyrics from the late Reggie King beneath the barrage of a clanging Rickenbacker, thumping piano and proto-Mighty Baby licks, what more could you ask for?
By Wilthomer - May 24, 2011

These tracks would make a killer half of a modcast! Have always though that Pleasant Valley Sunday was one of the most underrated songs ever. Introducing The Monkees was my first album purchased with my own money sometime around 1976.