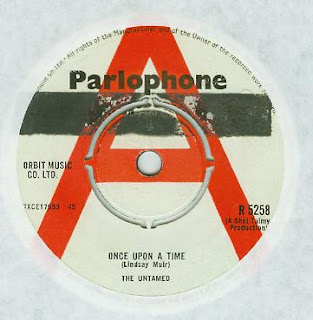 This was The Untamed second U.K. 45, their first to be produced by Shel Talmy (who would follow them to Stateside for their next single and then take them over to his Planet label for their next two, which would be their last two).  Following in their r&b tradition both sides of this show a distinct  flavor. 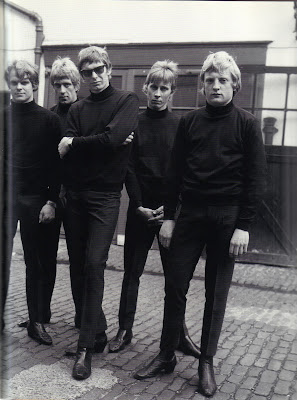 "Once Upon A Time" is a moody/jazzy piece with laid back Georgie Fame inspired vocals, jazzy guiar and combo organ solo. Muir owned up to being very influenced by Georgie Fame's vocal style which of course was a mish mash of King Pleasure, Mark Murphy and Mose Allison! "I'm Asking You" is more upbeat and more akin to something a beat group like The Zephyrs or Jason Eddie & the Centermen would record, but still cool with a slightly risky line for it's time: "is it because I was a fool last night, and got stoned out of my head?"

Both sides appeared on RPM's out of print essential Untamed CD "Gimme Gimme: Singles & Rarities".
By Wilthomer - May 09, 2011

Email ThisBlogThis!Share to TwitterShare to FacebookShare to Pinterest
Labels: The Untamed Linsay Muir