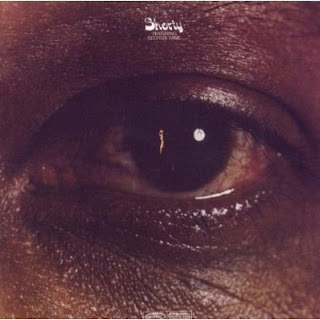 1. SHORTY featuring Georgie Fame-"Oliver's Gone"
This rocking tune is from the U.S. only untitled  1970 Epic album which Rev-ola reissued on CD.  For those not familiar Fame briefly put together a band called Shorty (or joined them depending on which version you hear) and cut this live LP.  This is the opening track, far more "rock n' roll" than anything he's ever done but with some tasty Telecaster licks, jazzy flute and of course Fame's dulcet tones and organ!

2. THE LOOT-"Don't Turn Around"
Brilliant tongue and cheek dig at weekend hippies with all the musical pop psych trappings (phasing, backwards cymbals, orchestral backing etc) and stabbing lyrics: "you're the conformist to convention I am the one who is free..." and makes one wonder whether The Loot were sending themselves up?! From the most comprehensive British 60's psych product ever, the 4 CD set "Real Life Permanent Dreams".

3. THE STRANGLERS-"Choosy Suzie"
Growing up my best friend was Stranglers mad and they still remain a nostalgic footnote in my mind and as I grew older and CD's arrived I investigated them further and alongside the Clash and the Jam they rate as one of my faves from the "Class of '77".  I never much paid any mind to their misogynistic lyrics, much preferring to concentrate on J.J. Burnell's fluid bass lines and Dave Greenfield's "Ray Manzarek of punk" keyboards!

4. THE TEENBEATS-"It'll Soon Be The Weekend"
This previously unreleased '79 mod band cut came from a CD comp of various Southern England "mod" bands called (snicker) "Mod City" and I'll have to say it far surpasses any of their singles or their contributions to the famous 1980 LP compilation "Uppers On The South Downs".  It's a jangly, well produced power pop killer and totally reminds me of The Plimsouls with tapered trousers and better ties!

5. THE HOLLIES-"Too Many People"
It was hard to pick one Hollies song because I've been playing the crap out of the new EMI 6 CD set "The Hollies-Clake, Hicks & Nash Years" that comprises of everything they did from '63-'68 but this one has been a fave as of late after rediscovering it on the box set.

6. THE HOLLIES-"Honey And Wine"
One more! Back in the late 80's when all the NYC 60's styled garage bands had broken up or jumped ship to their MC 5/Stooges/ NY Dolls bandwagon there were a few holdouts The Secret Service and a relatively newer band from Long Island called The Fugitives.  They did a lot of Merseybeat style material and a shitload of Hollies covers, among them was this gem which I didn't dig before they made me go back and investigate it, and it's now among my fave tracks by Clarke, Hicks & Nash!

7 COUNT MACHUKI & THE DESTROYERS-Movements (The Joe Gibbs Way)
Believe it or not I heard this tune from a Starbucks reggae CD comp "Jamaica: Island In The Sun", which is full of 16 amazing late 60's to mid 70's reggae/rocksteady tracks.  I must've played this 1969 track about 20 times the other day.  It's probably one of the best "toasting" tracks and the Joe Gibb's production is top notch (esp. the groovy organ), The Specials and The Beat obviously took notes.

8. THE LIGHT-"Back Up"
A brilliant burst of U.S. 60's Californian Anglophile mania from "Where The Action Is:Los Angeles Nuggets 1965-1968".  This number embodies the best U.S. 60's record qualities: the right amount of fuzz and just a modicum of snottiness, throw in a dash on Who-like stops and frantic/manic rave up's from any number of other U.K. bands and you've got one hell of a number.

9. THE KINKS-"Where Did My Spring Go?"
Yesterday in a fit of frustration I went with a number three and a half crop at the barber's, being unsure what to do with my hair.  The problem is it brought out all my gray and I now look like 90% of the the over 40 U.K. mod scene.  It immediately reminded me of this great wistful Kink's number.  "Where did my youth go....".

10.HOWARD CARPENDALE-"Du Hast Mich"
Groovy Tuetonic dance floor filler that owes more than a bit to The S.D.G's "I'm A Man"  (dig that organ!) that never fails to put me in a good mood. The Daisy Clan (who were also German) do a groovy English language version on the third installment of the essential "In Kraut" German 60's/70's compilation series.

Also, there's a full length CD by the Light that's on the Ugly Things label (Mike Stax's zine) that has the single & demos. That Whre's The Action box set is also pretty good.