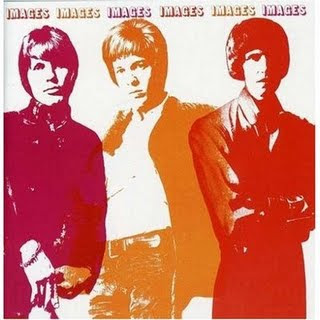 SIDE ONE:
Everything Under The Sun
Once Upon A Summertime
Experience
Blueberry Hill
Orpheus
Stand by Me

SIDE TWO:
I Wanna Know
I Will Wait For You (Theme from "Les Parapluies de Cherbourg")
It Makes No Difference Now
I Can't Let It Happen To You
Genevieve
Just Say Goodbye

By April 1967 The Walker Brothers were pretty much at the end of their U.K. hit parade run with their last two singles of 1966 failing to reach the Top Ten. December 1966's "Solo Scott/Solo John" E.P. saw to it that the rot was set to begin and that the ego's of Scott Walker (Engel) and John Walker (Maus) were firmly ready for the death race. "Images" was to be the trio's third and final 60's LP.  Produced by Johnny Franz  and orchestrated by Reg Guest it is not their strongest LP but certainly one of their most unique. 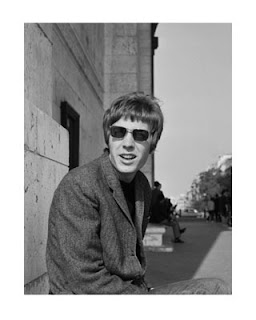 It opens with the optimistic pop of the Crewe/Knight composition "Everything Under The Sun" which sounds like all of their other hits in arrangement, tempo and delivery (perhaps Eric Burdon was right when as a guest on "Jukebox Jury" when he quipped "all their records are starting to sound the same"). "Once Upon A Summertime" from the pen of Legrand/Mercer/Marnay is pure M.O.R. boredom, adult pop.  Scott's original "Experience" is interesting, it's almost delivered in waltz time that at times melodically resembles Marty Robbin's hit "El Paso" with trills of trumpets that alternate between Herb Alpert and the Tijuana Brass and the melody of German beer garden music.  And since it's from the pen of Mr. Scott Walker it's lyrically his version of "Eleanor Rigby". John's pointless version of "Blueberry Hill" is pure corn, schlock, garbage despite some jazzy sax.  Awful stuff, but  this was merely an indication of who was about to rise from the ashes of this trio as the star.  The death knell of it all is next track, one of Scott's original compositions "Orpheus".  It's the sweeping strings and melody is a precursor to Scott's solo opus "Plastic Palace People" (from his solo LP "Scott 3") and in a style that had already become his forte lyrically and musically with the track "Mrs. Murphy" the previous year on the "Solo Scott/Solo John" E.P.(see January 11, 2009 entry).  Like all good Scott Walker cuts this one is a bleak portrait of an extramartial affair that ends with with Scott singing "and make your bed for me for the things we ought not to do"
and then intoning verbally "drive us all, round the bend".  Unfortunately any shred of Scott's cred is ruined by his crooning of the pathetic cover of "Stand By Me" which closes side one. 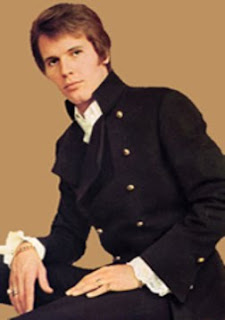 Solo John
Side two is redeemed by the  inherently soulful stylings of John Walker's  "I Wanna Know".  It is the cloest the band ever came to Northern soul in my estimation.  With some great female backing vocals (that seem to recall  Edwin Starr's "Agent Double O Soul"(Ric Tic R-103), Motown styled horns and a great subtle touch of fuzz guitar underneath the sheer veneer soul surface it's the album's crown jewel. " I Will Wait For You" (from the film "The Umbrellas of Cherbourg") is of course more A.O.R. schlock, but Scott's vocal mastery make the track at least bearable beneath Reg Guest's lush orchestration.  "It Makes No Difference Now" follows the same nauseating pattern. John Walker's original "I Can't Let It Happen To You" is actually quite good with a great melody and minimal accompainiement from acostic guitar, organ and bass (topped off with a regal trumpet solo in the middle).  It's somber pop is refreshing amidst the deluge of orchestrated pap. It's Scott's turn again with his original baroque harpischord laced "Genevieve" that again indicates what we'd be hearing very soon from the man. The closer "Just Say Goodbye" would be just another boring ballad if it wasn't for the amazing build up of orchestral brillance (very similar to Leon Russell's touches on Gene Clark's solo masterpiece "Echoes") created by Reg Guest preventing the whole thing from degenerating into yet another Walker's Spector/Righteous Brothers pastiche LP track.  It's ominous to hear the boys singing "just say goodbye" in the fading moments of the brilliantly executed track with their end just around the corner.  The band released two more singles after the LP, neither of which troubled the charts, and by the Summer of Love it was all but over till December when "solo" Scott returned to the chart's with his Top Ten smash "Jackie". 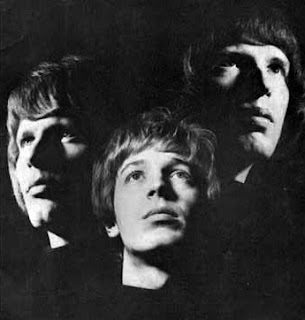 The LP has been reissued on CD by Phillips in the U.K. with four extra tracks.
By Wilthomer - June 04, 2010