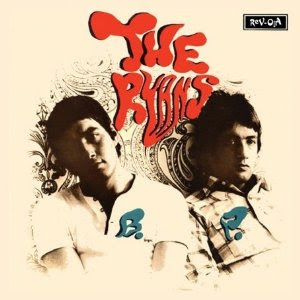 In his book "All The Rage" Small Face's organist Ian McLagan recalls a U.K. 60's duo he calls "Paul and bloody Barry Ryan" (because more than a few acts on a British 60's package tour could expect to share a bill with Paul & Barry Ryan).  Despite being British 60's pop music's most prominent instance of "nepotism equals stardom" Paul & Barry Ryan could occasionally pull off some brilliant records.

Twin brothers born to British singer Marion Ryan (who was more or less Britain's Doris Day) the boys were further served by the fact that their stepfather was Harold Davidson, one of Britain's foremost booking agents (dubbed by Frank Sinatra as "my main man in England").  In fact it's been stated that the duo's godfather was none other than ole blue eyes himself.  With plenty of pull like that they secured a contract with Decca in 1965 and cut several singles with heavyweights like Les Reed handling the musical backing, few of which save "Baby There You Go" (the flip of their second single, "Have Pity On The Boy", January 1966 Decca F 12319) were very inspiring. 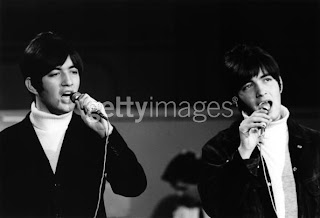 My intro to them came through a roundabout way.  As a child my provincial/rural town did not have it's own post office or library so arrangements were made that whatever municipality brushes up against the part of town we lived in would provide services for us. The library that we used had a British book on pop with fascinating b&w photos of band's I was familiar with and bands I'd never heard of or seen before.  Indeed this book gave me my very first glimpse of The Yardbirds, The Small Faces, Julie Driscoll and a mod looking duo with center parted hair (on, as it later transpired, "Ready Steady Go"). MANY years later my mentor Ron Rimsite passed on a 45 by them which blew my mind called "Keep It Out Of Sight" (a Cat Stevens penned number, Decca F 12567 1967) which of course I taped for all and sundry.  My pal Larry Grogan a year or two later scored an original copy of their brilliant debut 1967 LP "Two Of A Kind" which we are now discussing! 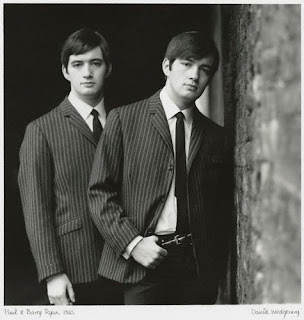 The LP was fleshed out by a host of session men and produced by the best talent having well connected parent's could buy you and reads like a 1960's who's-who: Les Reed, Mike Leander, Ivor Raymond AND ex-Searcher Chris Curtis! It opens with an interesting version of Buddy Holly's "That'll Be There" with cool harmonies and layers of funky 12 string guitar (possibly Big Jim Sullivan it's been suggested and is one of the distinct trademark's of the LP's best tracks).  The 12 string is again the driving force behind the brilliant " I Made Her That Way".  A version of The Yardbird's "I Can't Make Your Way" is next, differing very little from the original except for the brother's harmonies. The does LP contains it's share of "pop" fluff but these are easily overtaken by decent tracks.  "Am I Wasting My Time" is basically 1967's version of what nowadays would be criningly referred to as a "power ballad" , but it's still pretty over the top and sits well with all of The Walker Brother's releases from that same year and The Hollie's "What Went Wrong" which appeared around the same time.  On the subject of The Hollies comes Graham Nash's track "Fifi The Flea", apologies to my wife, the world's biggest fan of the man but no matter who's doing this track it doesn't do much for me and Paul or Barry, whoever is singing the lead on this, has trouble hitting Nash's notes.  Even a moody harpsichord can't save it. 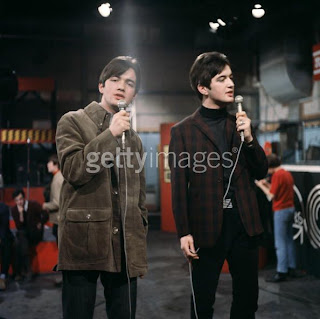 Luckily Side Two rejuvenates both the album AND the Hollies with their powerful reading of "Pay You Back With Interest".  Props to whichever producer chucked in some brilliant brass scoring on it double props to session drummer extraordinaire Clem Cattini's Keith Moon style work on the track. The brothers give it some soul in the vocals department too!  The Pretty Things "Progress" is next.  I always thought The Prettie's cod-Stax style on this track fell a little short.  Paul and Bazza's version, in my book, blows it out of the water and then sinks all the lifeboats.  From it's murky bass intro and fuzz guitar and up tempo soulful via Swinging London "in" discotheque sound it's a gas all around, one of my faves on the long player, though my all time favorite of the long player accolades go to it's next track.  The unmistakable sound of a Burns 12 string guitar introduces the stellar "Hey Mr. Wiseman" and recalls Scotland's 60's legends The Poets.  The riff carries the number along with brilliant harmonies, call and response "la la la la's" and again driven by Mr. Cattini's engine and some swooping bass runs on the fade out.  The rest of the LP slides in a cabaret nightmare after that (see, or actually don't, IGNORE: "Twas On A Night Like This", "Silent Street" and "Comedy Girl").  The musical backing on "You Don't Know Like I Know" might have some funky organ, but as a rule artists shouldn't cover Sam & Dave songs, (unless you're Cliff Bennett or The Artwoods, right Monkey?) so where does that leave Paul & Barry?  Firmly in the doghouse.  Fortunately there's some excellent numbers on the LP that can compensate for this transgression.
The LP did not place very high sales or chart wise and is fairly hard to come by luckily Rev-Ola reissued it on CD, though sadly did not see fit to chuck on any bonus cuts!
By Wilthomer - July 02, 2010

Oh, come on. Not even The Artwoods "I Take What I Want"? Also, ya gotta dig Cliff Bennett's "Said I Weren't Gonna Tell Nobody" surely? I'm surprised Mr Luther!

Doh! Forgot all about Cliff and The Artwood's Monkey! Cheers!

Thanks for that, never heard the LP before. Another good 45 side worth mentioning is 'Gotta Go Out To Work' which has a real UK mod sound (and a very dull A-side).
http://www.youtube.com/watch?v=maU1oBWGGQ4
Plus I cocurr about 'Keep It Out of Sight'- long time favourite.

I haven't a bloody clue, don't know anything about downloads. You can buy it from amazon.co.uk though.....