Morning breaks, sun comes up, no mistakes, hangs me up....

I hate to whinge on about something that might be perceived as silly, but you'll have to bear with me......
I had the strangest of dreams last night involving two deceased, missed aunts and an ex who is, to me, deceased but not at all missed.  In the dream The Action's "In My Dreams" was playing faintly.  I woke up in a weird mood.  I played the track all the way to work during my 12 mile commute.  It seemed fitting.
Reg King was laid to rest today. A gentleman in the U.K. whom I have not had the pleasure of meeting (and whom I know through a mutual acquaintance) and who is an amazingly talented writer went to the service today with his mum.  He told me that the minister spoke of how Reg charmed the nurses in the hospital with his singing near the end of his battle with cancer.  And still no mention in the national press.  If you Google Reg King The Action R.I.P. all you will read are postings on mod related message boards and blogs, like this one.  Not one mention in the National Press or anywhere else, just the dedicated. The closest of any mention is some sterling comments by Phil Collins on the band in a recent interview about his Motown covers CD on Billboard's website from a few weeks back.  The greatest white soul singer Britain has ever produced is gone and not a mention of his passing anywhere, but Paul the freaking Octopus gets a big obit on the Beeb's website.  In my eyes the Octopus died in 2006 and his name was Roger Keith Barrett.  He was my first hero to die.  Reg King was my second.  I'm going to the pub at lunch and having a pint for him. 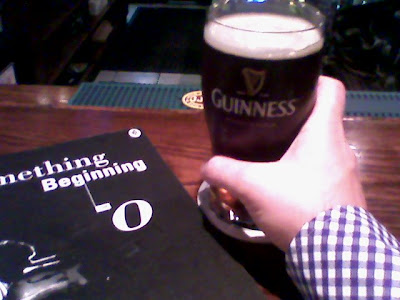 POSTSCRIPT:
I went to the pub at lunch yesterday and had a pint for him and re-read my two first real Action pieces of genuine info: the "Record Collector" article on them from the 80's and the segment on them in Kev Pearce's book "Something Beginning With O". In retrospect hopefully Reg will get some accolades, I am hopeful that "Mojo" will do a piece on him and I'm sure Paul Weller and Phil Collins will have something to say.
By Wilthomer - October 26, 2010

The Guardian emailed to say they are writing an obituary. They are often a bit late though but worth keeping an eye out.

After seeing your excellent photo there Bill I'm going to blow my cool with this story. Many many years ago I was in the Rock On record shop in Camden Town, and I was asking if any copies of the Reg King LP ever popped up. The guy behind the counter said: "It's funny you should ask that, as I used to be in a group with Reggie once upon a time." It was Bam, and I didn't realise!

That's mindblowing that Bam was working on "Rock On"! Though I'm still figuring out how that would blow your cool, if anything that elevates it in my book!