Get thee to a store that sells a multi region DVD player OR go to this site and see if they've got hack codes for the one you own: 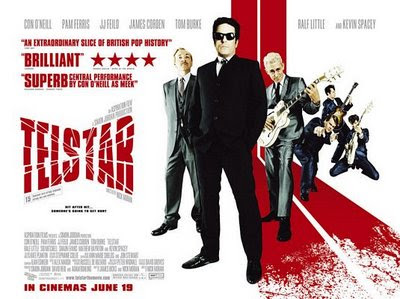 Because kids, I'm talking about the greatest music film I've seen in my life:"Telstar".  Forget  garbage like "Stoned", forget even amazing films like "Slade in Flame", this, as they say is "the sh*t".  I'd always thought a pic about the life of Joe Meek would be a worthy subject and well, someone's done it, and done it VERY well too.  What I liked most about it is, like most period pieces being shot in the U.K. these days there was meticulous attention to detail.  It was made even better by the fact that other than the Screaming Lord Sutch "live" scene and Duffy's version of the Cryin' Shames "Please Stay" all original versions of Meek's creations were used (the credits roll as "Crawdaddy Simone" by The Syndicats brilliantly plays).  How often does that happen?! 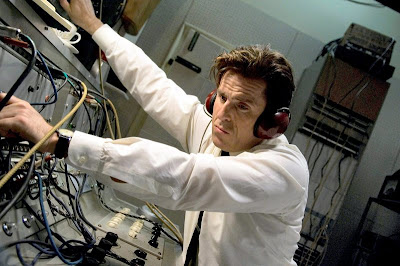 The magnificent Con O'Neill as Joe Meek in "Telstar"

Con O'Neill does a fabulous job at portraying Joe Meek and really gives you the feel of what, by all accounts, the man was about.  Along for the ride are Kevin Spacey (Major Banks, one of Meek's financial backers), Pam Ferris as Meek's ill fated landlady Mrs. Shenton, JJ Feild as Heinz Burt and downright spooky Tom Burke as Geoff Goddard. Another very cool touch are the cameos which read like a who's who of pre-Beatles 60's British rock n' roll playing various characters (leaving younger actors to play themselves), many of whom were artists who worked with Meek: Jess Conrad (who plays Larry Parnes!), Mike Sarne, Clem Cattini, Chas Hodges and John Leyton.  Rita Tushingham plays a fortune teller and there's even Jake Arnott (author of "The Long Firm") on board as a board of trade member. 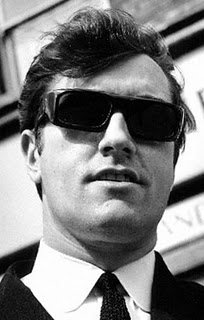 The film sticks to most of Meek's life and death in meticulous detail enough to give you an idea what he was like (or so I've gathered from reading about him).  It offers a few fictitious moments though. Such as, no one is really sure if Meek ever received a demo from Brian Epstein, though it's possible but he's seen on the phone with him while binning a Fab Four demo tape complaining to his assistant about "Brian and his Liverpool beat group".  The film avoids the "Suitcase Murder" which figured prominently in Joe's final months and also leaves out the time he hung up on (after cursing out) Phil Spector, which would've been interesting. It takes the liberty of giving Mitch Mitchell a perm when he was drumming for a session where Meek pointed a shotgun at him to "get the take right"(maybe it's best he and Phil never met!), even though Mitchell had not adopted an Afro hairstyle well after joining Jimi Hendrix.  Don't expect lots of "air" time for your faves, here's just a glimpse of The Honeycombs and it glosses over all of Meeks act's save The Tornados, John Leyton, Heinz, Screaming Lord Sutch and The Outlaws.  No Syndicats, Tom Jones, Riot Squad or David John & the Mood I'm afraid.  The film is riveting and as it draws to a close with it's inevitable violent conclusion the tension is chilling numb.

Anyway I've watched this film twice and I'll probably watch a third and fourth time to pick up on things I've missed.  Hopefully someone in the U.S. will get with it like they did with the Scott Walker documentary "30th Century Man" and domestically release it on DVD here. 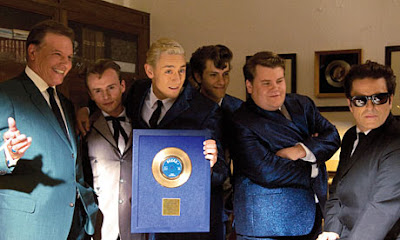 Thanks for the recommendation on this. Looking forward to seeing it. Did you see the thing about Meek demos I posted yesterday? It's here: http://theworldsamess.blogspot.com/2010/10/joe-meek-demos-now-available.html

I did indeed, I was going to check it out when I got home (not wishing to do so on work's PC). Cheers!

I LOVE Telstar, it's a cracking film. And the 'Please Stay' cover is the only Duffy song I can stand to listen to. The music is amazing and it just looks wonderful.