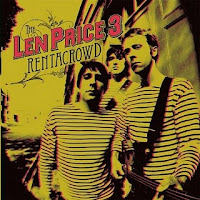 1. The Len Price Three-“Rentacrowd”
I’m never one for “new” bands but my pal Kate sent me a link of the video for this one and it blew me away. This number is sort of a cheeky/chappy laddish power pop type thing. I played it for my wife and she said “I’ve heard this before” until I pointed out that no she hadn't, she was thinking of The Who’s “Substitute”. I like this one because it’s got lots of attitude and delivered quite nicely, it's a good two finger salute to all these crap "bedroom bands" who thanks to the internet can create an "image" without actually playing or the dreadful and faceless wonders that I like to call "fan bands".  Have a peek at the video below:

2. The La’s-“Doledrum”
A long time ago in a galaxy far far away an old girlfriend turned me onto The La’s sole, untitled LP. It still has it’s moments for me, and no track is better exemplified than this one. My favorite bit of the tune is the swirl of ethereal voices in lieu of a guitar solo. I like The La's because they made one album and then vanished which is a pretty unique thing to to do unlike Blur who hung around way past their expiration date. 3. Gabor Szabo-“Mizrab”
From his recently reissued on CD 1967 LP “Jazz Raga’ (aka the “Sitar Scooter” album amongst us anoraks as it’s sleeve features a mod looking fellow astride a scooter clutching a sitar). Gabor lays down some intricate guitar picking with (as the title suggests) a raga slant amongst layers of trippy guitar goodness.

4. Andy Lewis-"Come Away With Me"
From his second LP “You Should Be Hearing Something Now”, Weller bassist and Blow Up club DJ/founder lays down a really dreary sound behind guest vocalist Johnny Cooke.  The instrumentation reminds me of a cross between some imaginary film score by Les Reed or Tisley’s instrumentation on the horribly (unjustly) criticized Pretty Thing’s album “Emotions”. Awhile back I put together a CD soundtrack for a fake film called “The Girl Who Lived Upstairs” and included this, which sat well amongst 60’s tracks that evoked “kitchen sink”.

5. Scott Walker-“The Rope And The Colt”
The odd man out on the essential Scott Walker CD compilation “Boy Child” is this spaghetti Western film track where Scott sings uncomfortably of a land where the rope and Colt (the gun not the type of horse) “are king”. The part of the track that really blows me away is the simplistic guitar solo that sounds straight off an Ennio Morricone record and the backing vocalists who sound like The Jordanaires! 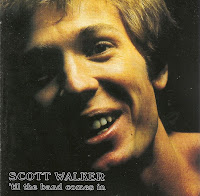 6. Scott Walker-“Little Things(That Keep Us Together)”
It’s a Scott Walker kinda month, but autumn always was the time of year that I first went whole hog on his stuff many years back and his music lends itself perfectly to the season. “Little Things..” also lends itself perfectly to the current mind numbing news headlines that preach nothing but death tolls and misery to the point that it’s almost desensitized us and turned us into self centered emotionally numb zombies. From his last good LP "Till The Band Comes In". Like the song says:
“Find a place you can hide, the time will arrive when you need a friend, stop looking at us we’re waving goodbye…” 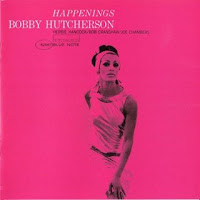 7. Bobby Hutcherson-“Head Start”
From his 1966 LP “Happenings”, Bobby lays down a barrage of groovy vibes (atmospherically enhanced by some fine piano work by Herbie Hancock) throughout the album and this is the pick of the litter. Nice as either background OR foreground music!

8. The Rolling Stones-“Stray Cat Blues”
Laugh if you will or shake your heads in disbelief but I hadn’t heard this song before I bought it from iTunes last week. I was familiar with the live version from “Get Yer Ya Ya’s Out” (which I had when I was 11 or 12) but not the original on “Beggar’s Banquet”. I’ve never been a fan of too much post-psychedelia Stones but this one’s interesting. It sounds really half baked, like a demo or something but it’s earthy (in a good way) and we’re not even talking about the lyrics!  Now I've gotta order Keef's book......

9. Factory-“Path Through The Forrest”
This one is an insane mega rare U.K. 1967 psychedelic classic that I’ve loved for almost 25 years now and recently rediscovered. I think the only thing trippier than this song was Dr. Hoffman’s legendary bike ride home from the lab! With its layers of intricate clockwork guitar work, lysergic metronome beat and eerie vocals it’s one of the most psychedelic records ever made. 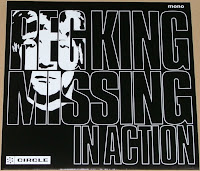 10. Reg King-“So Full Of Love”
When I read on the Internet that Reggie King, lead singer of one of my favorite 60’s bands The Action passed away I began immediately revisiting all of his stuff. This melancholy “lost track” from the sessions from 1969 (with pretty much all of his old band mates from the last Action line up) cropped up on a vinyl only 10” E.P. called “Missing In Action” and I dare say it betters anything on the LP. With its tabla and “Rolled Gold/Brain” era Action styled harmonies it’s a winner in my book. Good bye Reg, rest in peace.


11. The Action-"It Really Doesn't Matter Anymore"
"Whatever you've got to do, do tomorrow, cos it really does matter anymore..."
There are so many great tracks on "Rolled Gold " (or "Brain", if like me you owned them both) and it's hard to pick one but this is among them.  Behind the "Never Ever" era Action sound on this tune is a heavy riff that's a precursor of things to come with Mighty Baby and some congas/tabla giving it that "Eastern feel". 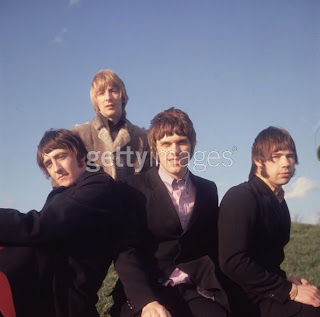 12. The Action-"Come Around"
This one is my fave from "Rolled Gold/Brain", at least today it is.  I'll let the lyrics say the rest:

"Let us be one another, let us put our hearts together,
Let the god in each of us reach out and kiss the sky above,
Let us walk in angel's footsteps, treading softly to the ground
and we will try for it is easy, come around,
Let us show one another things we never usually see
love and kindness now together gave to you and you to me,
Cos I'm growing up and dying and thinking bout my life,
Button down your collar, straighten up your tie, stand by,
stand by,
Said there is a reason to live in misery, stand by, stand by,
Come around, come around",
By Wilthomer - October 28, 2010

That Rolled Gold album is a pretty good one. My fave rave track from it is "I Got Something To Say", which sounds like solo Paul Weller.