The Roulettes U.S. Pressing:live posting from the pub via Droid 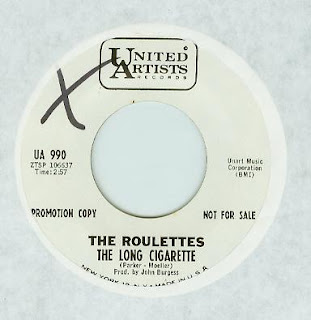 This was the seventh "solo" 45 by Adam Faith's sometime backing band The Roulettes, a talented U.K. 4 piece who cut some excellent records with little chart success.  "The Long Cigarette" was the closest they ever came to a hit.  I can't be 100% certain but I believe the band had previously released their fourth single "Bad Time" in the States on United Artists, however U.A. did release their second single "Soon You'll Be Leaving Me" in The States and it is this label that is the source of today's topic.

"The Long Cigarette" is an infectious sing-along beat ballad with some strong vocals and great key changes. It knocked me out the very first time I heard it on a compilation album called "My Generation" (see
http://anorakthing.blogspot.com/2009/12/great-lps-in-my-life.html ). I promptly went out and snagged their Edsel compilation album "Russ, Bob, Pete & Mod" and the rest is history.  Equally as enjoyable as the "A" side is it's flip, "Junk", a groovy electric piano instrumental with some great Steve Cropper style buzzing guitar work and jazzy breaks, easily one of my favorite British 60's instrumentals of all time. 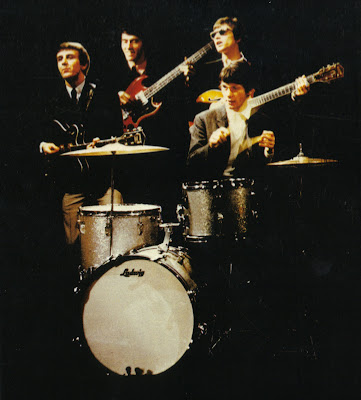 Both sides appear as bonus tracks on BGO's still in print reissue of their impossibly rare (we're taking a grand on up per copy) LP "Stakes And Chips".

Email ThisBlogThis!Share to TwitterShare to FacebookShare to Pinterest
Labels: The Roulettes