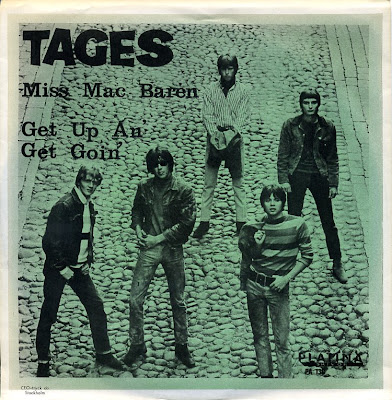 One of my favorite 60's bands and certainly my fave 60's band from "the Continent" is Sweden's The Tages. Easily one of their best tunes in my estimation is "Miss Mac Baren", a number they made up in the caff before a recording session inspired by a wall advert there for a tobacco brand called Mac Baren (without getting sued mind you!), see below. 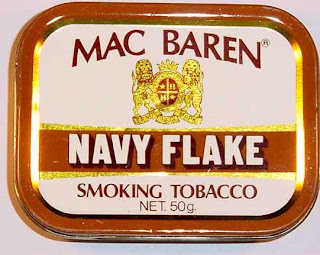 I was first turned onto them on a cassette by our scene "guru" Ron Rimsite with a track called "The Man You'll Be Looking For".  My first "cool" girlfriend, a mod chick with impeccable 60's tastes and very into Euro 60's sounds bought a used Tages double LP ("Tages 1964-1968") comp from Ron Rimsite over at Venus Records in NYC and though she enjoyed it my ethusiasm for it was more than hers so she passed it onto me in early 1987.  "Miss Mac Baren" was one of the many tracks that jumped off those two LP's at me, but none seems to encapsulate that period in my life better than it. In the mid 90's when I began avidly seeking out Tages singles I managed to cop this.  Like most 60's Tages releases on the Swedish Platina label it was a black and white sleeve tinted (and blank on the back).  The multi harmonies and catchy distorted guitar lick underpin this moderate paced track. "Get Up An' Get Goin'" is not their best track.  The Tages were notoriously bad 75% of the time they attempted r&b/soul tracks and this is one of them.

"Miss Mac Baren" is on the CD version of "Tages 1964-1968" and it's still actually in print and available from Amazon!

Hear "Get Up And Get Goin":

Email ThisBlogThis!Share to TwitterShare to FacebookShare to Pinterest
Labels: The Tages

This is a very good song. Yours truly wrote one of the reviews of the Tages 1964-68 CD in Amazon to offset the other crappy one.

I've only ever heard "I read you like an open book", which I totally love, must have a listen to some more!

Smashingbird: I cannot recommend the Tages "1964-1968" CD enough, seriously I think judging by everything I've read that you like I think you'll be blown away!

Diskojoe: Good on ya!! CD's going out tomorrow btw, I swear!