One of the grooviest things about being a former record collecting nerd is that rare moment where you discover a song you've never heard before by a band you've owned tons of records by that is only available on an off the wall foreign pressing. Case in point, today's item, a Manfred Mann 45 with an A-side only issued in Sweden (the cut appeared in their 1966 Fontana LP "As Is", their first with Mike D'Abo as their lead singer).

"You're My Girl" is a wiggy track for Manfred Mann.  It has a disjointed rhythm with some guitar bashing away chords while vibes play along with a bizarre effect that almost makes them sound like the recording is under water.  I think that's what grabbed me immediately when I first heard the track on a CD-R bootleg compilation many years back.  "Box Office Draw" utilizes the same guitar effects as the band used on "Just Like A Woman" and relys on the pop precision backing vocals and the lead vocals of Mike D'Abo, in fact the melody and pace  seems a bit similar to "Just Like A Woman's" flip "I Wanna Be Rich" in parts! 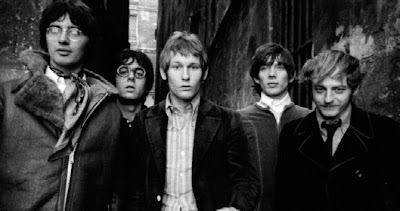