Duffy Power wasn't a household name in Britain, so I'm not sure what prompted the good folks over at Veep records in the States to decide to release a 45 of his here! Perhaps it was the success of the rolling Stones that allowed similar obscure U.K. r&b artists to gain a release here, we'll never know.  Veep was an odd choice as they were primarily a soul label!  "I Don't Care" was Duffy's 11th U.K. 45 (it was actually the B-Side to "Where Am I?" which was released in August of 1964 as Parlophone R 5169 no nary a ripple of interest).  I chose "I Don't Care" because it's a bluesy r&b number that's well suited for Duffy's smokey voice. "Where Am I?" is a ballad and though he's pretty much got the pipes to carry off anything the tune itself is sadly lacking.

Both sides have been collected on the amazing double CD on RPM chronicling Duffy's 60's r&b output "Leapers And Sleepers", a must for any fans of mod/jazzy British 60's r&b. 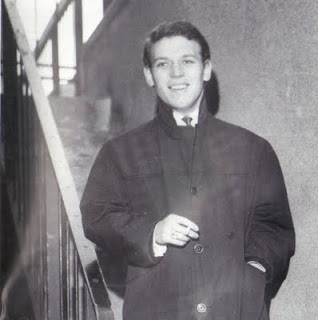