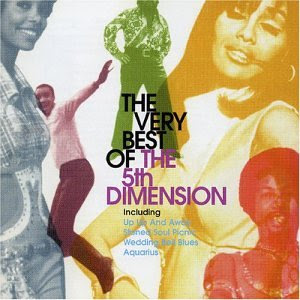 1. The Fifth Dimension-Carpet Man
Being a life long musical Anglophile I've been pretty much inundated by British versions of American tracks first (see below for another example).  Case in point Jim Webb's masterpiece "Carpet Man", first by The Parking Lot (backed by the depressingly beautiful "World Spinning Sadly") and then  the far superior of the two by Brit harmony bunch The Nocturnes.  Well shame on me because after sussing the ORIGINAL cut by The Fifth Dimension I've decided both British versions don't have a patch on this, in fact I went back and played The Nocturnes and you can't even make out half the cynically brilliant lyrics!


2. Tim Rose-Morning Dew
Again I digress, there's been no shortage of versions of this cut in the land of Boddington's, Rowntree's wine gums and mushy peas and heard by me before the original.  First to my ears was The Episode Six version, then The Move's soulful B.B.C. version with bassist Ace Kefford doing his bit (see below, last time I write that I swear) then The Jeff Beck Group.  It wasn't till Matt Kaplan hit me with a nice '68 "Top Gear" session that I got to hear Tim Rose's original.  Wow.  Man is it incredible.  His vocals are quite soulful (I can see where The Move took their cue) but at the same time really downright venomous and angry sounding and the backing music is pretty darn ominous!


3. The Move-Don't Throw Stones At Me
The Move were unfairly labelled "psychedelic" because of their late '67 Hendrix perms and cod Sgt. Pepper gear that made them look like they were wearing Dave Dee, Dozy etc psychedelic circus clown's cast offs.  The truth of the matter is that for well over a year before the public first heard them with "Night Of Fear" in December '66 The Move were pretty much a balls up, welll honed machine that specialized in both soul/r&b AND  West coast harmony vocal numbers (much like our heroes THE ACTION).  Unfortunately most of this was lost on those of us not old enough to catch them at the Marquee club in 1966.  Thankfully recent unearthing have provided many glimpses of this period and none better exemplified in this Roy Wood penned soul tune from the double packaging of their debut LP sung by bassist Ace Kefford with obligatory Move/West Coast harmonies on the backing vocals.


5. The Kelly Brothers-Crystal Blue Persuasion
Matt Kaplan again hipped me to this killer soul cover of the Tommy James & The Shondell's hit released as a 45 on the Excello label (home of the great Slim Harpo among others).  It takes the original one step further by sounding like a mish mash of the original dashed with the infectious "Soulful Strut", or maybe that's just my imagination playing tricks on me.


6. The Electric Elves-It Pays To Advertise
I ragged on all of my 60's anorak/record geek pals for mourning the loss of one headbanger by the name of Ronnie James Dio.  By all accounts he was actually a good guy and despite my utter contempt for heavy metal it just goes to show you can't judge a book by it's cover.  Ronnie was from the fairly isolated (in the 60's anyway) town of Portsmouth, New Hampshire. He cut this Who homage in 1967 on the MGM label, just goes to show you even rural and cultural isolation can be penetrated by the beat!!


7. Dantalian's Chariot-World War III
As we've discussed a few times here in previous entries this lot were Zoot Money & Co. after ditching Rufus Thomas, Hush Puppies and Flamingo all nighter's for L.S.D., kaftans and all night raves at the Roundhouse. Though they only released one 45 (see October 1, 2009 entry) they cut an LP's worth of tracks that range from sitar fueled ragas, jazzy Gabor Szabo styled jams and slightly heavier adventures like this piece that takes the riff from an old Zoot Money Hammond and horns B-Side ("The Mound Moves") and with a dash of lysergic acid diethylamide and apocalyptic visions.  They concocted this solid groover in the same manner that the Small Faces used a similar recipe to turn "I've Got Mine" into the phlanged out wigginess of "Ogden's Nut Gone Flake".  The wah-wah effects on the organ gives it a similar feel to The Pink Floyd's legendary unreleased clasic "Scream Thy Last Scream".


8. Jeff Beck-Tallyman
Jeff Beck's always come across as sort of a cabbage and he made a pretty reluctant pop star on his first couple of Micky Most produced sides.  His version of this Graham Gouldman number charted fairly high in the U.K. and his less than lively vocals are more than compensated for by some cool arrangements and bursts of guitar brilliance.

9. Coleman Hawkins-Juicy Fruit
From the killer LP "Blues Wail: Coleman Hawkins Plays the Blues" laid on me last week by my brother in jazz here on the job. This LP blows me away and this track is one of my fave's. Dig the part where trumpeter Idress Sulieman holds a note for one minute straight!  Woah!

10. Roy Orbison-There Won't Be Many Coming Home
I was reading Alan Clayson's Yardbirds book over lunch last week in in between his usual b.s. of pushing his pals Dave Berry, Dave Dee and Co., The Pretty Things AND The Downliners Sect he made mention of a controversial 60's anti-war cut by the Big O.  I tracked it down and damn if you don't have moist eyes by the time this is done you're a heartless bastard.  With lot's of friends I served with in the army who've done their bit more than once or twice in Iraq or Afghanistan firmly on my mind it's hard not to play this one and think of the phrase "All gave some, some gave all".  This number resonates just as strongly today as no doubt it did upon release some 43 years ago.

Quite amazing what you find tucked away on B-Sides sometimes - that Tremeloes track for instance. Who'd have thought such weird freakery was lurking there all that time?

If it hadn't been for the Trem's CD comp of their "psych" sides I'd still be unaware of how "freaky" they could be! Sad thing I had most of their hits on 45 and never bothered to play the flips!