Today's American specimen is by Moon's Train, a British group that Bill Wyman produced (the single came out in the U.K. as MGM 1333) who firmly straddled the mod loves of jazz/r&b with the later psychedelic headsounds.  The Wyman connection came as a result of their drummer, Tony Chapman who was in The Cliftons with Wyman before he joined The Stones and also, briefly drummed with the embryonic Stones before Charlie Watts was lured away from Alexis Korner and one Peter "Moon" Gosling, both of whom had been members of an r&b band Wyman looked after called The Preachers.  Wyman's loyalty and friendship with Chapman was such that he managed The Preachers and produced their one single in the U.K. ("Hole In My Soul"/"Too Old In The Head" U.K. Columbia DB 7680 1965), which according to his book was plugged on "Ready! Steady! Go!" (to no avail).  A young Peter Frampton was also a member of the band for a short while later on in their career.  Shortly after Frampton left to join a reshuffled version of The Herd the group became The Train and then finally, Moon's Train.

"Deed I Do" is an old jazz standard that dates back to the depression, though I suspect the band learned it from Mose Allison as I can't track down any soul/r&b versions of it.  Their arrangement is almost akin to a Stax treatment: full on tightly played horns, funky Hammond and soulful vocals: a perfect example of British mid 60's "Hammond n' horns" r&b.  The flip side, "It's In My Mind" is total mod jazz that harks back 3 years earlier to 1964 with a swinging sax arrangement punctuated by some great bluesy breaks.  The vocals have a total Georgie Fame (via King Pleasure meets Mose Allison) feel as the vocalist sings along with the horns. It was written by band members Tony Chapman and Peter Gosling and sounds very similar to The Preachers material. 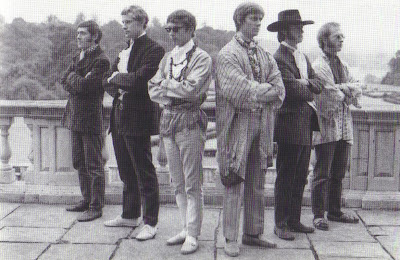 This would be the band's one and only single and they went on to record many unreleased tracks which along with both sides of this single saw the light of day on an untitled now horribly rare Tenth Planet LP compilation. Most of the tracks are jazz/mod/r&b but a few of which, like "Bakerman" (hear below) adopted a psychedelic slant and ditched the r&b/jazz to embrace sounds of The West Coast Pop Art Experimental Band.  Both sides of the 45 are also a more recent  Moon's Train CD 20 track compilation (featuring the same tracks as the Tenth Planet album plus others) out a few years ago titled "The Life I Lead" which features loads Preachers (including a cool version of "Marriage Is For old Folks") and Moon's Train cuts as well as Moon's Train demo versions of various Wyman compositions like the excellent "I'm Not The Marrying kind" (was Bill trying to tell his first wife something with this track?) later cut by Hamilton and The Movement, "Shades Of Orange" and "Loving Sacred Loving" . It is available from Amazon or autographed from Bill Wyman's website:

And you can even buy a Bill Wyman metal detector too for treasure hunts from the site (think I'm joking? Look at the sidebar advert).

TRIVIA NOTE: Gosling went on to collaborate with Bill Wyman on Shades Of Orange" and "Loving Sacred Loving" that were both utilized as a single by another band of Wyman protegees, The End. 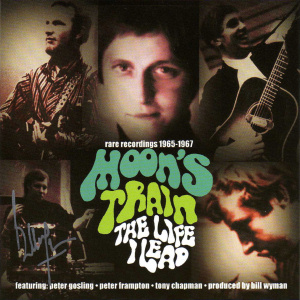