1. THE FRATELLIS-"Chelsea Dagger"
I'm rarely amused/aroused or interested in anything remotely contemporary.  I know I've heard this song in a TV commercial (probably for some movie).  Anyway I heard it in my local last month and it sounded good with a few pints down.  I played it on iTunes and it was still good, so 99 cents later it was mine.  Catchy little bit of mid 90's Brit-pop sounding "lad music" even if they look like complete tw*ts.

2. JIMMY BURNS & THE FANTASTICS-"It Used To Be"
Another dreadful example of why I don't need to own another CD when I've got fantastic tracks like this 60's soul number right under my nose!  This ones real moody and has some great depth on the vocals and the cheezy organ tops it off!  From the ultra cool Rhino "Beg Shout And Scream" big 'ol box of soul.

3. THE MOODY BLUES-"Dr. Livingstone I Presume" (Live BBC)
Deram's 2 CD Moody Blues "Live BBC" CD has given me great enjoyment over the past year or so I've had it.  I've found many of the tracks on it, like this one, better their "studio" incarnations and this one is no exception to that rule thanks to some very cool Mellotron action that's not heard on the LP version.

4. THE CHOCOLATE WATCHBAND-"Requiem"
Not the California longhairs but a U.K. pop duo who cut two 45's for Decca.  This one was from '67 and embodies that great era of soulful, well produced/orchestrated Decca/Deram psych pop that I'm always on about.  I'll take this over the Jagger mincing CA garage band any day.


5. DONOVAN-"Mellow Yellow" (Live BBC)
I'm a sucker for any 60's U.K. Beeb sessions, this one came via some less than legal means on a CD a friend comped me.  It's interesting because the horns so so much better and fuller than on the record on this version making this cool song even better. 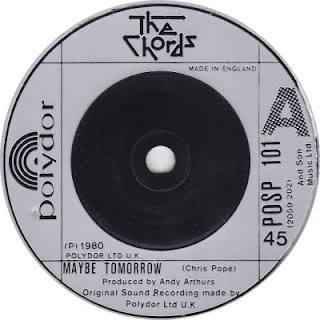 6. THE CHORDS-"Maybe Tomorrow"
Like most of the '79 mod bands the Chords have reunited, unlike most of them I still like The Chords (and Squire and The Purple Hearts).  Good for them (and hopefully for their fans as well). This was one of my fave '79 singles back when I was a young mod and it still hold up with it's angst, energy and sheer power.


7. MADNESS-"N.W 5"
A more recent number by the Nutty Boys from a freebie CD I got last year from either "Mojo" or "Uncut" of "London Songs" it shows Madness style have a knack for great piano driven melodies with very British vocals and sweeping strings.  Pure magic. 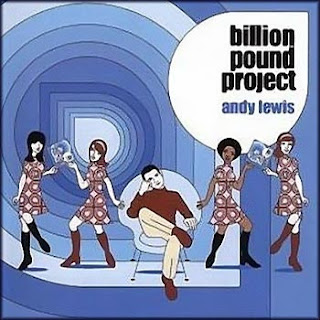 8. ANDY LEWIS-"The Secret Life Of A.J. Lewis"
These days he's Paul Weller's bass player but Andy is more than just that and an artist in his own right.  His debut CD on Acid Jazz ("Billion Pound Project") had some amazing tracks on it, none more so than this instrumental toe tapper that contains everything that would convince you this was from the late 60's from it's harpsichord, strings, femme "la la la la's", sitar and a sax solo that sounds dead off a Larry Page LP.  Best played while zooming around in an automobile (with manual transmission for full effect) at high speeds. 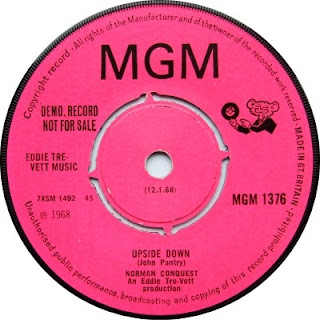 9. NORMAN CONQUEST-"Upside Down"
One of the crown jewel's of Bam Caruso's "Rubble Volume 8: All the Colours Of Darkness" is this brilliant little ditty from 1968 by a studio concoction by the legendary John Pantry.  The whole thing is incredibly blue as it's not a terribly happy song but it's mild organ and phlanged piano add to the doom and gloom of this masterpiece. 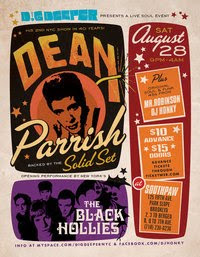 10. DEAN PARRISH-"I'm On My Way"
Despite the best attempts of the Northern Soul mafia to drive this number into the ground I'll always dig it.  I've never been quite sure how it became such a dancefloor sensation at Wigan or wherever the hell else it received it's "legend" status with all it's tempo changes.  But one thing is for certain, Dean's voice is in full form on it and the production/orchestration is amazing from the female backing vocals to the fuzz guitar intro to the flute and horns.  I'm looking fordward to seeing Dean on 8/28 at the Dig Deeeper (see above) event he's playing. Keep the faith!

The Fratellis video was OK. The lead singer has that Marc Bolan look about him although the drummer looks like he should be on COPS.

It would be nice to see a Donovan Live at the BBC CD, but since the Allen Klein estate probably has the rights, it would probably come out @ the same time as the Rolling Stones at the BBC.

Speaking of mid-90s Britpop, if you don't mind me asking, what's your opinion of Blur and/or Oasis? Worthy successors to those 60s bands we hold dear or are they on the same level as Led Zep?

The Andy Leis Track is dreamy party from The Prisoner baabobster@hotmail.com written by Ron Grainer?

Lead singer of the Fratellis definitely has been watching his DVD's of "Marc"! I was quite a fan of Blur for their first 2-3 CD's, never got Oasis. My interest in Blur waned after I realised they were just trendy kids with a constant eye on the "next big thing".