Teenage Operas Part One: I had things planned but her folks wouldn't let her... 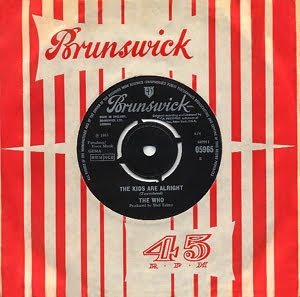 Few images are clearer in my life than those associated with music. Hearing The Who's debut (American) LP "The Who Sings My Generation" (slapped together in a double packaging with their American only LP "Magic Bus" by MCA) in the fall of 1980 is one of them. It changed my life, literally. It encapsulated my defining moment of "mod" that became a lifelong passion, especially musically. One of the songs, along with the title track that immediately sprung to my attention was "The Kids Are Alright". The harmonies, the sustain of Pete Townshend's Rickenbacker 330 on the opening chord, Moon's sloppy drumming and the lyrics grabbed me by the throat and honestly I've never been quite able to resist any pop song with good harmonies or a nice crisp Rickenbacker since. Being a teenager I was well versed in not having things go my way in the parental disapproval department and the line

"I know if I go things would be a lot better for her.  I had things planned but her folks wouldn't let her..."


spoke to me. I didn't have a girlfriend and my experience with the fairer sex was nil at this point, but being hopelessly romantic (read "teenage moron") and still able to daydream I hoped I would someday and I hoped that if I did, I could "leave her behind where the kids are alright".  i'd also always longed to be somewhere else, with people who understood or at least respected what I was about.  Ahhh youthful escapism at it's best. 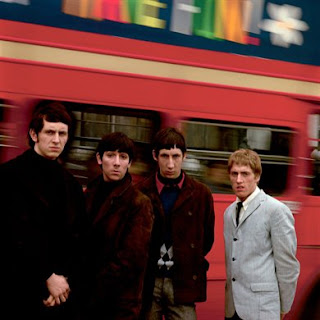 Classic Who 1965 , pic by David Wedgbury

A year or so later my best friend moved to the city of Bayonne, NJ where his stepfather had taken a position as a parson in a church there.  A block away was a main thoroughfare called Broadway that was our hangout that summer.  We were rural kids with very limited urban experience.  We weren't hayseeds but we were far from streetwise and this city opened our eyes.  As seedy as it was Bayonne was magical, they had a very cool record shop and a bookstore with loads of British books (I bought my first copy of "Mods' by Richard Barnes there). Helping my friend's parents move we'd all discovered the local record shop the first time we'd set foot there.  I purchased a British reissue of The Who's "My Generation" with it's brilliant David Wedgbury cover sleeve shot there. We took turns playing our LP's during the expedition we made there.  I don't recall what anyone else bought other than someone getting the U.K. pressing of the first Clash LP.  When it was my turn I chose Side Two which began with "The Kids Are Alright".  It sounded a thousand times better and different than the dodgy U.S. MCA version and to my delight it was longer!  The whole brief power chord slashing/drum rumbling "rave up" had been edited out of the American version (I later learned because, allegedly some prat in the States thought it was musically defective). 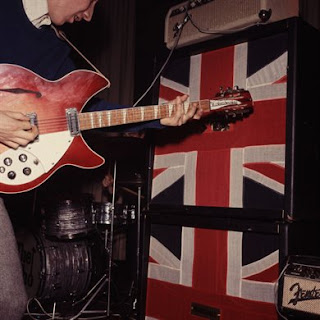 As stated earlier the intro is powerful. Roger Daltrey's never sounded so good and the harmonies add a "surf" (aka Beach Boys) feel to it.  Proto power pop at it's finest with all the right hooks!  During the "solo" the resonation of Pete's Rickenbacker as he windmilled away the chords while Moon thundered away on the kit was and still is quite mesmerising.  It's all brought back to earth with a crescendo and Roger comes back in while the harmonies are clearer and more audible. Phew.  Breathless!

The instrumental B-side, "The Ox" was of course is the band's attempt at placating surf-mad drummer Keith Moon (late of an instrumental combo called The Beachcombers). Not my thing really. 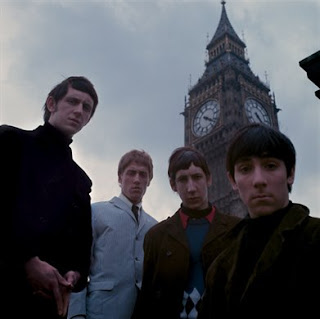 The shot that shook my world, pic by David Wedgbury

Both sides are available in excellent quality on the wonderful 2 CD reissue of " My Generation" direct from producer Shel Talmy's master tapes.

Nice work Bill! I remember my first Who song. "Happy Jack" on MMR around 81 (I think I'd heard other things by them before that but it was Baba and Who are Ya and snooze till Happy Jack!) and I ran out to the record store that weekend and sadly...he had the 70's stuff...except...noting my disappointment he asked what I wanted. I left with "Meaty, Beaty, Big, and Bouncy." That was my first Who lp. Later I bugged my Mom into getting me "Who Sell Out" for my birthday. Still count that as my favorite lp by them.

I got my copy of the 1st Who album (UK reissue) for free from a neighbor in 1979 along w/a copy of the Velvet Underground Live 1969.

In the deluxe CD reissue, the version of "My Generation" doesn't have the full guitar sound that you're used to hearing. Why is that?

A few months ago, I picked up a copy of a bootleg DVD compilation of the Who's TV appearances from 1965-69 called Purple Heats & Power Chords, which includes that Swedish TV appearance that you posted.

Finally, I would like to say that The Who Sell Out is also my fave rave Who album, especially the latest deluxe reissue.