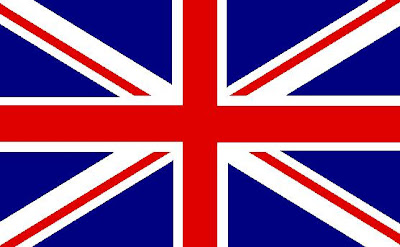 1. THE FACTORY-Path Through the Forest U.K. MGM 1444 October 1968
An insane aural lysergic mind warp with disembodied vocals fed through an effect that make them sound like a clinical trip guide while the drums and guitar lay down a metronome of wigginess in the background.  The lyrics come straight from the pen of the enlightened:

"you've got to slow down now or you'll go cold..."
"shadows confuse you and silence is loud, you're reaching for the light you're losing sight..."

Hear It On:
"Nuggets II: Original Artyfacts From The British Empire And Beyond" Box Set
"Chocolate Soup For Diabetics Volume III"

Hear It On:
"Nuggets II: Original Artyfacts From The British Empire And Beyond" Box Set
"Rubble Volume 8:All The Colours Of Darkness"
"Chocolate Soup For Diabetics Volume I"

A psychedelic childlike picture book story by way of a jangling/reverberating song about a plane crash written under the influence of cheap Spanish red wine by four guys who claimed to not have imbibed in hallucinogens!

Hear It On:
"Nuggets II: Original Artyfacts From The British Empire And Beyond" Box Set
"Rubble 4: The 49 Minute Technicolour Dream"
Kaleidoscope-"Tangerine Dream" LP/CD 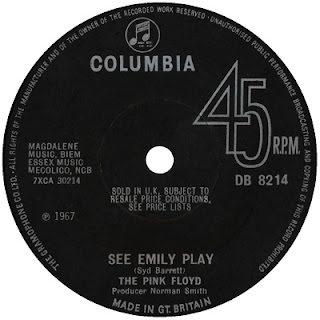 Syd Barrett and Co.'s second single commemorating a young lady among the bright young things/junior socialite set that flocked to early Floyd gigs at the U.F.O. and the Roundhouse, "Emily" is pop psychedelia encapsulated, sonically way out enough for the freaks but short and sweet enough for the radio. It earned them a well deserved U.K. #6.

Set phasers and phlangers to full freak out!  Get the scoop in the "Anorak Thing" October 26, 2010 entry.

The mother of all British psychedelic 45 rpm artifacts and sole commercial offering by this legendary quartet.  Get more musings on this platter by checking out "Anorak Thing" October 28, 2009.

The brilliant debut and one of two amazing singles by a band that provided a perfect example of when the freakbeat producing mods embraced psychedelia.  "Fredereek Hernando" is a glorious cacophony of phasing (aka "sky-ing"), varispeed instruments, searing guitar, harmonies and tells the tale of a funeral.  Psychedelia was not all gnomes, freeing your mind and flowers.

Hear It On:
"Chocolate Soup For Diabetics Volume One"

Protege's of Rolling Stones Bill Wyman, The End went from beat to mod/r&b and donned the kaftan's and got freaky after a lengthy sojourn in Spain with help from Wyman and pal Will Gosling (who played in a band called Moon's Train who made the similar "mod/r&b to psych" jump).  Wyman's production is amazing and makes one wonder what the 1967 Stones would've sounded like if they'd let him have a crack at it!  Oh and I'm sure you're sick of hearing this, but Charlie Watts taps the tabla on this.

Formed from the Scouse beat/freakbeat combo The Kirkby's (responsible for the magnificent fuzz/garage number "It's A Crime") the 23rd Turnoff were named after a Liverpool exit on the M1 and issued just this one single.  An archetype "sophisticated" British 60's psych record it boasts a masterful production mix of organ, horns, melotron and baroque arrangements over a lyrical lamentation about, one would assume, Michelangelo.

"why should it be that a man such as me who cares not for money and fame shouldn't be rich with god's natural gifts to have something to show at the end of life's game..."

Hear It On:
"Rubble Volume 12:The Staircase To Nowhere"
"Decca Originals:The Psychedelic Scene"
The 23rd Turnoff-"The Dreams Of Michelangelo"

Ex-mod's The In Crowd ditch plaid shirts and ice cream jackets for velvet flares and bells and become Tomorrow and write a homage to the Dutch provos fave mode of transportation with loads of psychedelic studio effects to take them into the charts.  Catch up on the full length synopsis over at "Anorak Thing" August 5, 2010.

Hear It On:
"Nuggets II: Original Artyfacts From The British Empire And Beyond" Box Set
Tomorrow-"Tomorrow" LP/CD
"Psychedelia At Abbey Road"

No Virgin Sleep?!? Wha??
Other than that minor omission, a very solid list!

A good chunk of these songs can also be found in Mojo Presents: Acid Drops Spacedust & Flying Saucers: Psychedelic Confectionery from the UK Underground 1965-1969, which came out in 2001.

Every single is GREAT....mind boggling to think that these 10 just scratch the surface. English groups were so far ahead of the game.