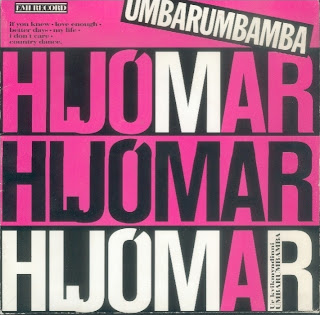 So let me tell you a true little 60's beat music fairy tale, an Icelandic beat quartet called Hljomar (Thor's Hammer in English) come to the U.K. to record a few tracks for release on the Parlophone label in their mother country through "export only" copies (a common practice in the 60's). A four song E.P. (with a bonus 7" 45, more on that one in a later entry) is recorded and pressed to go along with the band's own "A Hard Day's Night", a film called "Umbarumbamba". Fast forward twenty eight years later and their records are unearthed by a Scandinavian record collector named Jurgen...the rest is record history with original copies of the E.P. (w/ the bonus 45) going for anywhere from $1,000-2,000.00! Back in the day (around 1993 or so) my Scandinavian freakbeat mentor and pal Keith Patterson hit me with a tape of Thor's Hammer stuff and my world was changed.  Keith made it his personal crusade to spread the word(sound?) of Hljomar much like he did years earlier with the Monks (whom he played no small part in reuniting for the very first time but that's another story for another day).  His band at the time, the Spectors played the whole E.P. and one of the bonus 45 track numbers ("If You Knew") in many of their live sets during their visits "out East" from Minnesota.  I'd like to think the combination of these things by Jurgen and Keith brought them to a world wide attention. 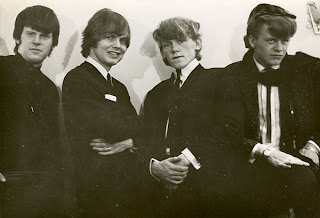 Like nearly all the great 60's Scandinavian/Western European groups the band sang in English (though they did record a few earlier releases in Icelandic), though with the sheer musical ferocity of the tracks on this E.P. it wouldn't have mattered.  The band are a perfect  example of this. "Better Days" is my fave of the bunch.  It reminds me of a record by the 60's Dutch masters Q65 the way it double times and then explodes into mayhem around the totally blistering fuzzed guitar solo, only it's better than any Q65 record. "My Life" follows the same recipe with some more restrained "beat group" style vocals but this insane barrage of fuzz and distortion that only comes from places where the climate is harsh or the people are backward like some of the best 60's sides from rural America or Australia .  "I Don't Care" is pure 1966 punk rock from it's distorted guitar to it's angst and nihilism riddled lyrics to it's calculated lead vocalist's sneer, laugh if you will but lyrically this one would've perfectly fitted in with The Sex Pistols early set and sits well alongside The Blue Star's "Social End Product" or The Lyric's "They Can't Hurt Me". "Big Beat Country Dance" is not country, nor is it beat, it's pure freakbeat mayhem, like The Yardbirds on a meth binge. 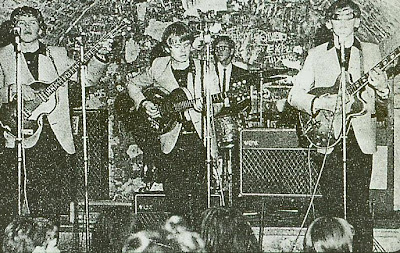 It is alleged that this is Thor's Hammer rocking The Cavern Club, Liverpool, 1966

All four tracks are available on the HIGHLY recommended Thor's Hammer Big Beat CD compilation "From Kelflavik With Love". 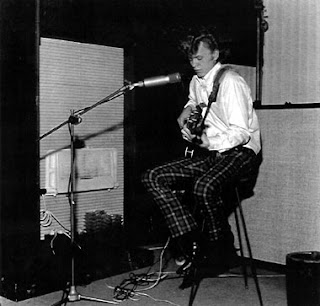 Great write-up... Love this band; and actually, I think I bought a boot of the EP back in the day due to your recommendation.