Will the last Manfred out please turn the lights off.... Mike Vickers is a man who wears a coat of many colors: original Manfred Mann guitarist, A&R man for EMI, arranger and producer extraordinaire, composer and the beat goes on. He left Manfred Mann in 1966 and by 1967 he had released his debut LP.  Long before the likes of The Mike Flowers Pops (remember their 15 minutes in the 90's?) Mike's album was, and still is, a kitsch classic.  Utilizing a selection of interpretation's of "easy" versions of then contemporary standards alongside a smattering of his own compositions, "I Wish I Were A Group Again" is slice of 1967 documenting when hip met camp.  What is interesting about it is that Vickers was a 25 year old former member of a pop group, not an old school composer or arranger capitalizing on the "young sound" like Enoch Light or Tony Hatch.

The album opens with a cheeky version of Cat Steven's first big smash, the social commentary ode to the worker bee drone "Matthew And Son" utilizing an array of female and male choral voices, jangling piano strings (Lalo Schifrin style) and flutes.  His ex-band mates most current hit "Semi Detached Suburban Mr. James" is next, following the same formula (as do most tracks on the LP). "Proper Charles", a composition by Vickers follows the then vaguely hip-for-five-seconds 1920's trad jazz trend (ala The New Vaudeville Band), ack.  The Manfred's "Pretty Flamingo", The Hollie's "On A Carousel" and Ray Davie's "Waterloo Sunset" receive pretty much the same treatment. 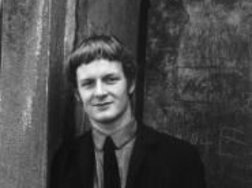 Side Two's version of Donovan's first "electric" hit "Sunshine Superman" is amazing.  Layer upon layers of vocals are interwoven among flutes, those plucked piano strings, muted trumpets and an interesting part where a male vocalist recites "Milkman,postman, batman,he-man, beggar man etc" almost ad libbing till it's time for the "solo" whereupon the vocals just chant "Dononvan-Donovan" to the tune's melody.  Brilliant stuff.  An interesting version of the theme from "Morgan-A Suitable Case For Treatment" is next with flute, tuba and some regal sounding trumpet that's half jazzy, half kitschy.  The Loving Spoonful's "Daydream" is next, pass.  "Puff Adder" is a Vickers original highly reminiscent of some of the other jazzy Manfred Mann pieces like "The Abominable Snow Man", though a tad more "Steptoe And Son" than Mingus!  A version of the Mamas and Papas hit "Monday Monday" is next and it's a tad too Ray Conniff Singers for my liking. Randy Newman's hit for Alan Price, "Simon Smith And His amazing Dancing Bear" is next with it's "ba-ba-ba-ba's" and tandem saxophone/xylophone with jazzy punctuations in between some slightly off key vocals the sound like they were recorded by a mike down the hall.  "On The Brink" closes the LP.  It had previously been released as a single (coupled with "Puff Adder") in August 1965  as Columbia DB 7657.  Well known to lots of soul types (though I'm not sure why)where it was "covered up" on the Northern Soul scene and retitled "Boogaloo Investigator" by the Matt Parsons Organization.  Yeah I know don't ask me I'm just passing on what I've read.  How in the you-know-what can Northern types dance to this?  Anyway it's one of my faves on the album with it's keyboards and horns playing what sounds like double time and then sped up. Very catchy!

The LP has been reissued on CD by EMI and is still, luckily available. 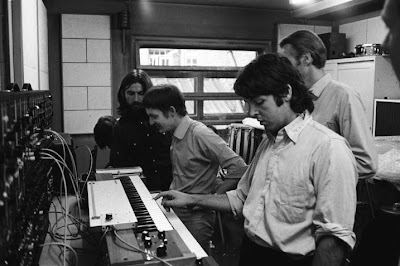 Hear "On The Brink" (and tell me if YOU can dance to it):