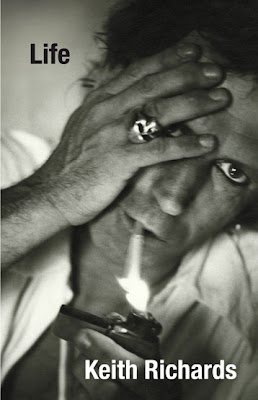 I've recently finished Keith Richard's new autobiography "Life" at a time when I really shouldn't be reading anything not related to Criminal Justice. But when an original Rolling Stone writes a book, well I've just gotta read it.

Unlike Bill Wyman's "Stone Alone", "Life" is not about groupies or money. In fact Allen Klein's swindling The Stones out of the rights for their Decca/London catalog barely merits half a page! It's about rock n' roll, life on the road, the people he's met and yes the brown stuff that he finally kicked in 1978. I won't spoil the book but it's entertaining because Keith is unapologetic about anything, from being a junkie to a bad parent (he took his 7 year old son Marlon on the road rather than leave him with his druggie/unpredictable common law wife Anita Pallenberg and dumped his daughter with his mum to be raised by her). He minces few words about anyone. Especially Mick Jagger whom he refers to as "Brenda" or "the bitch" and has very little nice things to say about Brian Jones. In fact his descriptions of Jones paint the picture of an annoying, insecure person who just happened to like to slap chicks around ("I was hanging out with Bob Dylan last night.  He doesn't like you"). When Bill Wyman quits he quips "Why would you quit the world's greatest rock n roll band to open a fish and chips shop?".  This quote alone should give you an indication of what it's all about!

If you're a Rolling Stones fan or even just a rock n' roll devotee "Life" is something you'll want to read. 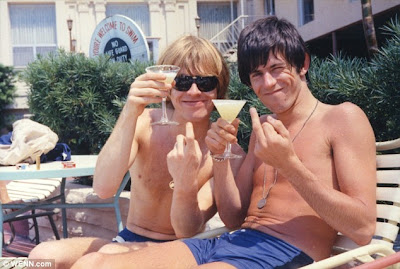 "I've recently finished Keith Richard's new autobiography "Life" at a time when I really shouldn't be reading anything not related to Criminal Justice."

Hmmm...if you don't mind me asking, are you going to law school? Anyway, don't you think that parts of Keef's life is pretty related to Criminal Justice?

If anything Keith's book is proofy that if you get the best lawyers that $ can buy you're pretty much assured to walk on anything short of murder!

I'm reading Nick Kent's 'Apathy' book at the moment and he says about the Stones machine in there, how they are almost bullet-proof when it comes to legal matters..

Dylan's line of "to live outside the law you must be honest" could've been written for Keith.