Some singles from a certain genre are just too good to be true, like this one.  It was a one off pairing of legendary U.K. 60's r&b vocalist Duffy Power with the mighty Graham Bond Quartet to record one of the earliest Lennon/McCartney covers to be issued as a single (long before any of Brian Epstein's other Merseyside acts were copping Beatles numbers but not the first as Kenny Lynch had released "Misery" two months prior in March 1963). The recently formed Graham Bond Quartet were : Bond (vocals/organ/ alto sax), John McLaughlin (fresh from Georgie Fame and The Blue Flames on guitar), Jack Bruce (bass) and Ginger Baker (drums).

Rather than follow the typical Merseybeat way of recording a Beatles number the way the Fabs  did it, Duffy and Co. strip down "I Saw Her Standing There" and slow it down.  Backed by Bond's Hammond and the wailing sax of  added with Power's blues wailing vocals the number bears little resemblance to the original.  In the liner notes to "Leapers And Sleepers" Power stated that Lennon and Macca were none to pleased with the version so they re-recorded it (the alternate take is vaguely different). The flip side, composed by Graham Bond is equally cool, in fact I like it a lot better than the A-side!  Bond's organ is far more prevalent in the mix.  Sadly there were no more singles by the pairing but they did record several other numbers which went unreleased during this single's session ("Shake Rattle And Roll", "What'd I Say" and "I Got A Woman"). 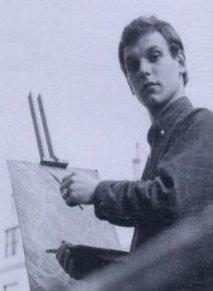 Both sides (including the re-recording of the A-side) are available on Duffy Power's highly recommended  CD RPM anthology "Leapers And Sleepers" which also includes the previously mentioned unreleased tracks recorded with the Graham Bond Quartet. 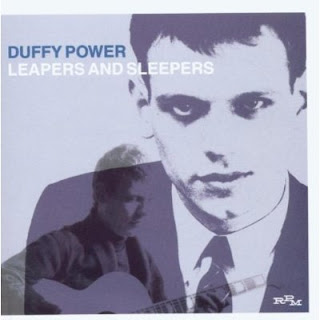 Hear "I Saw Her Standing There":

For more on Duffy dig: