Picking a favorite Who song should be difficult like picking a favorite Small Faces track or your favorite Georgie Fame number, but oddly for me it isn't.  It's "Anyway, Anyhow, Anywhere" hands down.  It was the band's second single which was released in the U.K. on May 21, 1965.  It also stands as their only "A" side in which lead guitarist/song writer Pete Townshend shares writing credits with "Shepherd's Bush geezer" lead singer Roger Daltrey. 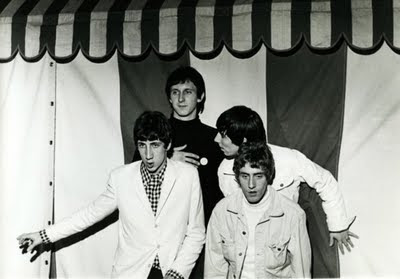 Back in the years of my youth "Anyway Anyhow Anywhere" was mod anthem number two behind "My Generation" (more on that one soon, which this blog).  These days it's still an anthem, though maybe not a mod anthem, lyrically it still speaks to me of independence, determination and a forceful will to make something happen.  Personally I'm not a big dreamer, I rarely day dream and I'm aghast of the idea of verbally spouting half baked ideas that never come to fruition.  I'm a "do-er" not a dreamer, not one of those lazy people who spouts off half cocked dreams or pure bullshit. I make something happen instead of rambling on about it and if it's within my control to happen then I feel able to talk about it.  In many ways this track sums that up succinctly for me in it's lyrics.  No boundaries, no one but me controls things that are rightfully within my control.  I imagine that's perhaps somewhere that Messrs Townshend and Daltrey were talking about when they wrote this because lyrically it speaks to me in a way that few records could as a 14 year old living at home or an adult battling the world.  It's been written they were listening to Charlie Parker and thinking about his free spirit or some nonsense like that.  I'd personally like to think Pete and Rog smoked some kiff and were sitting , as the song by The Smoke says "high in a room" and listening to some Charlie Parker! Regardless it's classic mod "pop art" era Who stuff. From it's feedback to Moon's maniacal chaotic drumming to Entwhistle's brilliantly restrained jazzy bass runs all through a classic rave-upleading up to it's exciting crescendo it doesn't get any better than this kids. 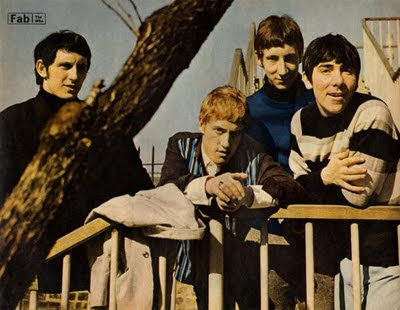 The flip, "Daddy Rolling Stone" is a cover of an early soul classic cut originally by cut in 1953 by a cat named Otis Blackwell, The Who's version is based around Derek Martin's which benefits from female backing vocalists and a groovy little sax solo. The Who had neither of those which always led a lot of their soul/r&B covers to have a frat rock style angle, esp. on "call and response" numbers like this one. That's not a bad thing by any means and they get kudos for transposing a smooth primitive r&B number like this into their own with Entwistle and Townshend singing the girl's backing vocal parts and the sax solo being replaced by a gritty, buzzing guitar solo hammered out on a Rickenbacker 330 (Pete's weapon of choice from '64-'66).

My favorite Who song would have to be "Substitute", with "I'm a Boy" & "Pictures of Lily" following closed behind.

I was just watching the first half of a boot 2-DVD set that I have called Purple Hearts & Power Chords last week that has the footage that you posted. Do you have it?